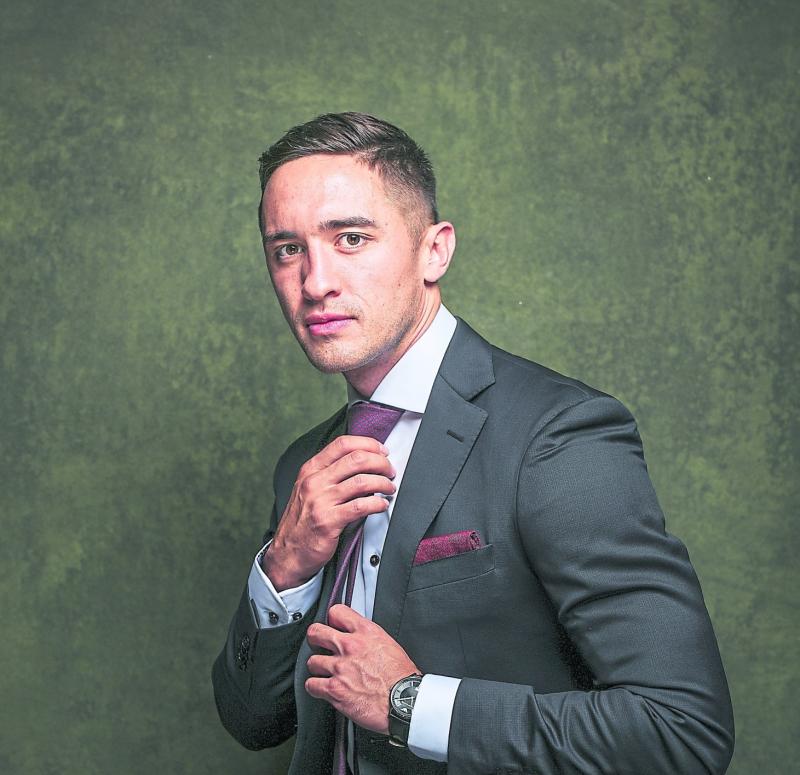 THE LATEST person to feature in the Faces of Limerick exhibition is Olympian and Love Island winner Greg O’Shea.

There was heartbreak for Greg and his Ireland 7s teammates as they came so close getting out of their group in Japan. A loss to South Africa was followed by a two point loss to the USA.

In the early hours of Tuesday morning Ireland were on their way to the group stages until Kenya scored a last minute try. Ireland won 12-7 but they still bowed out of medal glory.

Greg was suited and booted before heading to Japan for his shoot with Cormac Byrne. The multi award-winning Dooradoyle photographer started the collection back in 2012.

“The exhibition started in the Hunt museum as the mayoral collection when Jim Long was mayor and so Jim was one of the first to be photographed for the collection.

“The Faces of Limerick is an ongoing exhibition of people who are in some way connect to limerick.

“Some are well know faces and others are not so well known but each has that connection which we all like to have and are proud of,” said Cormac.

Following a hiatus due to Covid, Cormac has started the third phase of images with Greg.

“It takes a lot of time and phone calls to get to photograph all these subjects so we have been adding to the collection over the last couple of years again,” said Cormac, who “lives and breathes photography”.

He would like to photograph the other Limerick athletes competing in Japan upon their return and join Greg in the Faces of Limerick exhibition.

See www.cbphoto.ie for more on the photo exhibition.