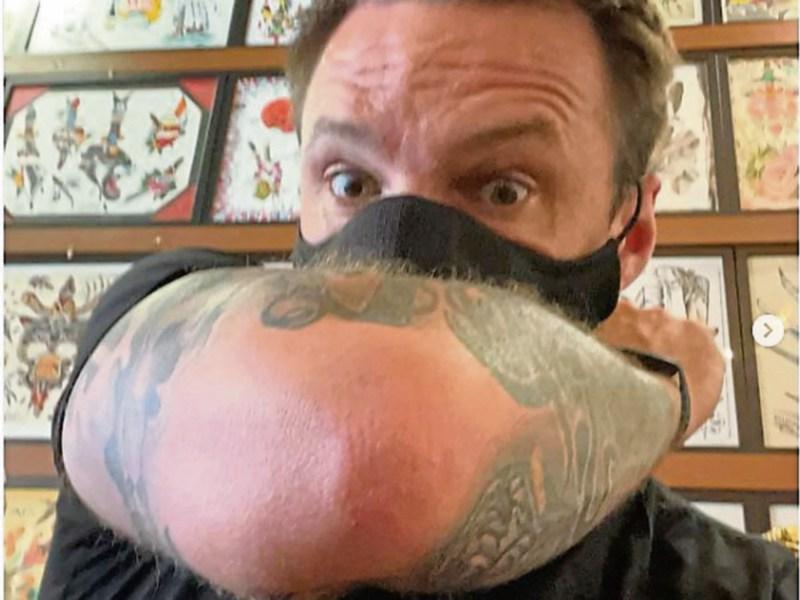 MUSICIAN and songwriter Niall Breslin, aka Bressie, has revealed that his new tattoo sleeve was inked in Limerick.

On Instagram, the former rugby and Gaelic football star, praised the tattoo “therapist” for his “immense soundness and talents”

He said the body art is inspired by one of  the most important places in his life, Lough Owel in Mullingar.

“So often a saviour in my life. The hands are my hands holding the lake . The lake meditation is also my favourite meditation to teach and do. The surface may chance day to day but below the surface it’s teeming with life and remains it’s essential self. Just like us humans,” he added.

The 40-year-old singer travelled to Limerick to get the addition last weekend.

Ross has inked a number of well-known people throughout his career. Back in 2014, the former Liverpool FC and Denmark defender Daniel Agger attended his studio.

Ross was also hailed by Miami Ink star Ami James as being one of the “best in the business”.