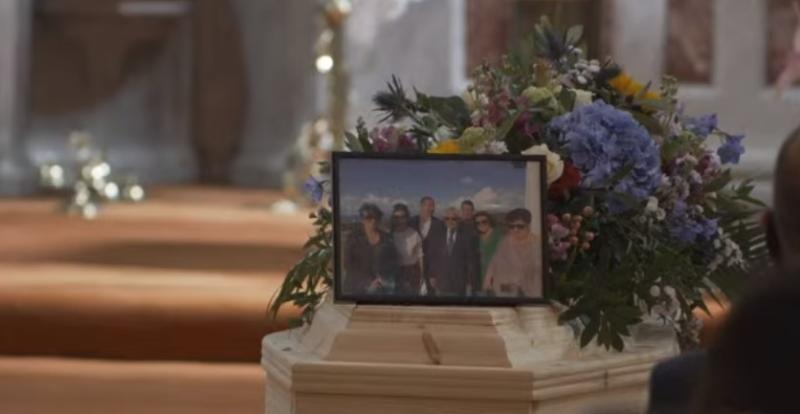 “ABOVE all else Des O’Malley was a proud Limerick man. Limerick meant so much to him,” said Mary Harney at the funeral Mass this Friday lunchtime of her friend of 40 years.

Ms Harney was asked to speak at the funeral Mass of her mentor Des O’Malley by the O’Malley family.

Dressed in all black she walked to the altar of the Church of the Sacred Heart in Donnybrook after being introduced to the congregation both in the church and online, by Mr O'Malley's son, Eoin.

“Mary was loyal to Des right up to the end, cooking for him and taking him out and chatting to him, and he wished for Mary to speak,” said Eoin before the former leader of the Progressive Democrats removed her mask to give a 20-minute eulogy on the man with the “brilliant intellect and sharp wit”.

“Truth, respect and integrity were the hallmarks of his career. Pat was a solid support - she gave him unstinting love and she enabled him to do what he could do,” Ms Harney said.

Founder and leader of the Progressive Democrats, Des O’Malley passed away peacefully on Wednesday morning surrounded by his loving family in the care of Belmont House, Dublin and the staff of Blackrock Hospice. He was 82.

“People have asked me over the past week how I see Des’ legacy,” Ms Harney continued. “For me the most important legacy for Des is in his family. Catherine, Hilary, Fiona, Desmond, Eoin and Maeve, your father was so so proud of you - he spoke about you all the time. Long before I met you, I felt I knew you all.”

Mr O’Malley’s two sons and four daughters lined the first pew of the Dublin church where their parents had been wed.

“And to his 13 grandchildren,” she continued, “you gave him great joy in recent years. The O’Malley genes are deep and dark, and to the 13 grandchildren can I say, cherish those genes - they are rare and very unique. Your grandfather is a great role model.”

The funeral Mass took place in accordance with the current Covid-19 guidelines, with the number allowed in the church restricted to 50.

Among those present in the pews were the President Michael D Higgins, a friend of Mr O’Malley. He was accompanied by his aide-de-camp, Col Stephen Howard. The Taoiseach, Micheal Martin, was represented by his  aide-de-camp, Cmdt Brendan McEnerney. Others in attendance were former Taoiseach Bernie Ahern and former PD Liz O'Donnell.

Ms Harney noted how Mr O’Malley would be very grateful to the first citizen for being in attendance as he had great respect for him. “Des would delight with you being present,” she said to the President.

She also recalled how Mr O’Malley always enjoyed getting the Limerick Leader and reading the local news.

His love of Limerick was echoed by the chief celebrant at the Mass, Fr Gerard O’Connor of the Redemptorists.

“There is a bond of love and warmth and respect and admiration between the people of Limerick and Des O’Malley that is palpable to this day. And that respect was reciprocal. Limerick sent Des O’Malley forth with a mission to be outspoken, frank and creative in transforming our nation.”

“A political novice in the hottest seat in the government; his in-laws in Tyrone, their pub being bombed twice; playing golf in 40 degrees Celsius in Iraq; being involved in a serious car crash; founding a political party; surviving 34 years in Dail Eireann; being accused of having ideals,” he said.

Mr O’Malley’s son Eoin opened the door on the O’Malley’s home life - a life away from the world of politics. His father, he said, loved betting, a bargain and a good car boot sale.

Eoin told how his dad was in constant search of the cheapest petrol in Ireland “and took an irrational pride” if it was in Limerick city or county.

The former minister for justice, mourners heard from Eoin, “mellowed significantly with age” and caring for him in his last months “was a pleasure”.

Two young family friends, Joya and Priya, recalled visiting Mr O’Malley with his daughter Fiona in St Vincent’s Hospital in January, 2020, and singing him some hymns in the hope they would cheer him up.

“Afterwards he sent us a lovely postcard telling us how much he liked them and he said in the card ‘since you are both 70 years younger than I, you are likely to be attending my funeral in due course. Please would you sing those two little hymns at my funeral? Lots of Love, Des. And he put two kisses.

“Randomly, he also gave us a mini electric fan which will really come in handy today,” joked the girls before doing just as Des asked and breaking into spectacular song.

Finally, Fr Gerard O’Connor thanked the late Des O’Malley for a life of service to both his family and State.

“Thank you for your conduct unbecoming,” he said. “As you, on our behalf, stood by the Republic, we stand close by you today, full of gratitude and warmth and appreciation for the gift of your presence in our lives.

“We trust that you will flourish in the Republic of God. Amen.”

After the service, Mr O’Malley’s remains were returned to Renvyle in Connemara to be laid to rest alongside his beloved wife Pat.