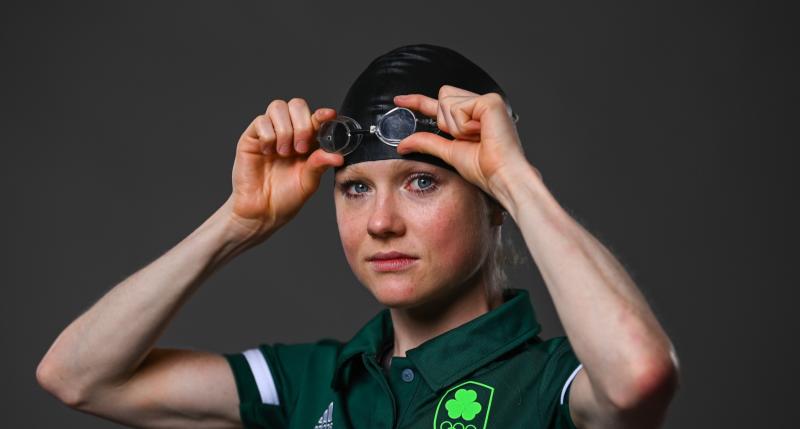 WITH Olympic flags flying and bunting fluttering in the town square and posters big and small to be seen all over town, Newcastle West is agog with anticipation as the Olympic Games officially open in Tokyo.

But the real excitement will come on Monday when local woman, Carolyn Hayes achieves the dream of a lifetime and gets her chance to chase an Olympic medal in the triathlon event.

Unfortunately, Carolyn’s family in Newcastle West will not be there to cheer her on in the swim, cycle, run event, because of Covid-19.

But her dad, Tony, who has a shop right in the Square, told RTE they would be making it a family event. “All our sons and daughters will be present. We will be watching it all on TV and having a bit of a party. It is going to be a great event. We will make the most of it.”

“The whole town is getting behind Carolyn,” he continued. “The atmosphere is really building.”

“I am just happy to see the event taking place, and wishing for a good outcome,” he said.

Carolyn, he added, had always been “very driven”.

“If she takes on a task, she would give it her full effort,” he said. His daughter, he added, had worked very hard and made a lot of sacrifices, including putting her medical career on hold, in order to compete. “She has been very focused all along on her goal. It is brilliant she has achieved it.”

The family, Tony said, are in touch with Carolyn daily. “She is in good form. She is very focused on the event. She is training away as normal. It is all about Monday night now. She is looking forward to it and hoping all goes well on the day.”

For the triathlon, Carolyn, who is 33 and graduated from UL with a medical degree, will swim 1500 metres, cycle 40km and finish with a run of 10k.