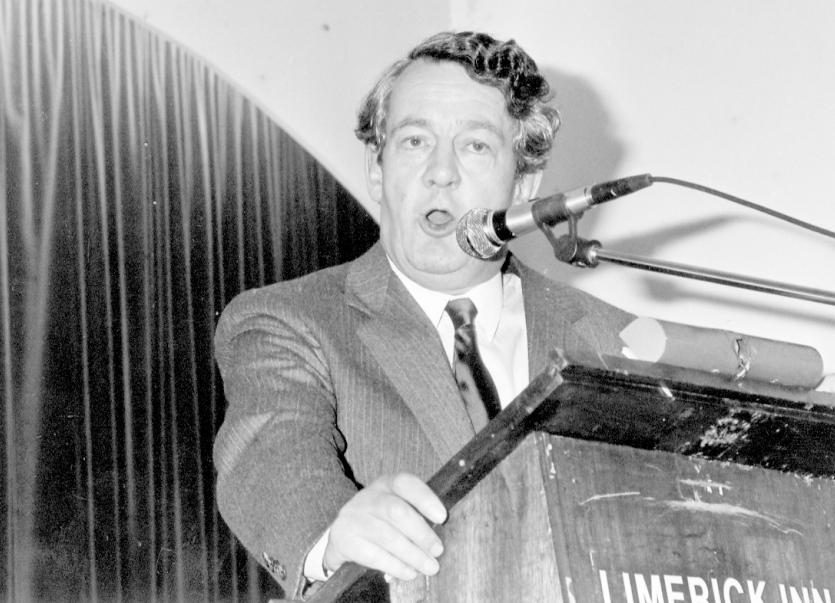 THE funeral will take place tomorrow of former Limerick TD, former minister and leader of the Progressive Democrats, Des O’Malley.

Mr O’Malley died peacefully in Dublin on Wednesday. He was 82 and in the care of Belmont House and the staff of Blackrock Hospice.

Because of Covid-19 restrictions, the funeral will be a private, family affair, beginning at 12 noon on Friday.

Mr O’Malley, who was born in Limerick in 1939, represented the city and county as a TD for over 30 years and also served as Minister in a number of governments until his retirement from politics in 2002. In tributes, led by the President Michael D Higgins, Mr O’Malley has been hailed as one of the most significant politicians in Ireland in the latter half of the 20th century, a man of sterling integrity and honesty and a great family man.

He was predeceased, in 2017, by his beloved wife, Pat (McAleer) and is survived by their six children, Catherine, Hilary, Fiona, Desmond, Eoin and Maeve. He is also survived by his sister Denise and brother Joseph, by his sons-in-law, daughters-in-law, his thirteen grandchildren and a wide circle of relatives and friends.

The funeral Mass will be streamed and can be viewed live by clicking here: