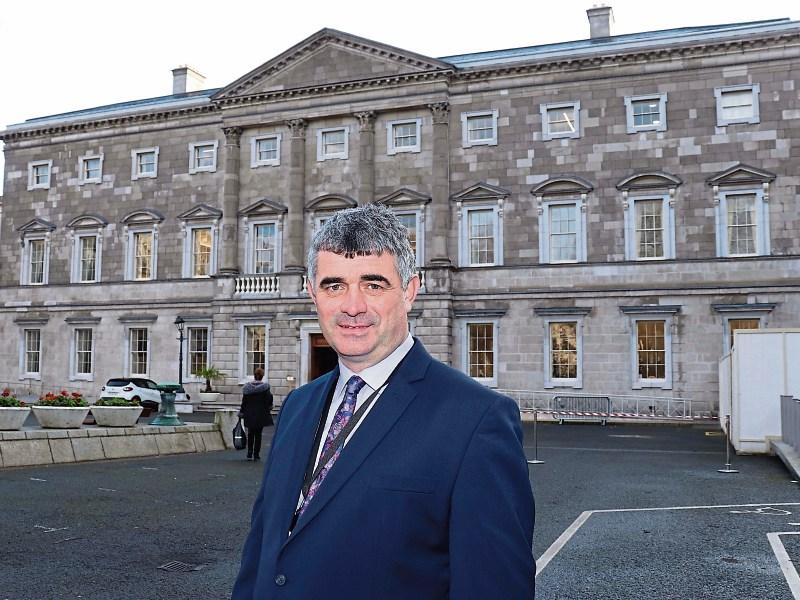 THERE is only one Limerick TD on a committee set up to scrutinise the legislation for  the new executive mayor.

Independent deputy Richard O’Donoghue, who opposed the setting up of the office ahead of its plebiscite in 2019, is the sole voice from the city or county in the group.

This comes in spite of Limerick being the only city in Ireland whose population accepted the proposal.

And it comes as some high-profile figures – including John Moran, a key member of the yes campaign – start to raise concerns as to how the role will look.

Top local economist Dr Stephen Kinsella said on Twitter “we are being sold a pup” in regard of the new office.

He pointed out that the new directly elected mayor will take over all executive powers from the council’s chief executive – who will be known as a director general – “minus specified functions”.

“The problem is that almost all functions are specified,” said the Murroe man, “Much of the curtailing is fair enough. For example, you don't want a mayor who can arbitrarily give someone a house, or quash a summons for a mate, or hire their cousin into the council. But you probably do want a mayor who can exercise some control over the broad direction of things like housing, transport policy, etc, who can designate some areas for housing, who can alter key management positions underneath them.”

The economist added: “In essence, the general scheme offers us a vision of the [elected mayor] as a golden retriever. Good looking, shiny, everyone likes them. But they have little to no power to get things done for people. The vision is mayor as mascot, or spokesperson, more than person who gets things done.”

The concerns are shared by Mr O’Donoghue, who said: “The Directly Elected Mayor [legislation] as it stands currently is not what they looked for.”

To this end, the former Fianna Fail councillor has an amendment put down for the next committee meeting to turn the plan into a “cost-neutral exercise”.

He has warned that without serious powers, it will be hard to select a candidates with a strong pedigree for the role

“If there was a good candidate for the whole county they need a vision and need a budget with executive powers,” he said, “We could have a mayor for seven years. If you’re having a mayor for this time, you’d want to make sure you are getting a person who has the ability and vision to bring Limerick to a new level. The level in which John Kiely brought in the second half of the Munster final against Tipperary.”

He also raised concerns over the six figure salary – €135,000 – for the new first citizen.

“Why should we pay this, plus expenses, secretarial staff, a chauffeur, a car and an office. The department is spending tax payers money on this for the first two years. Then after it, it comes out of our local area budget which is basically what our existing mayors are doing at a cost of €50,000,” said Mr O’Donoghue.

Prior to the 2019 plebiscite, he said he openly told people that he was not in favour of the new directly elected mayoralty.

He said: “What I said to people at the time was that we currently have a mayor who is rotating, which represents the people of Limerick. When we had this, we had candidates from Askeaton, the city, Newcastle West. You rotate it so it covers different areas. They are the mayor of Limerick city and county. That’s why the mayoralty should have stayed how it was. “