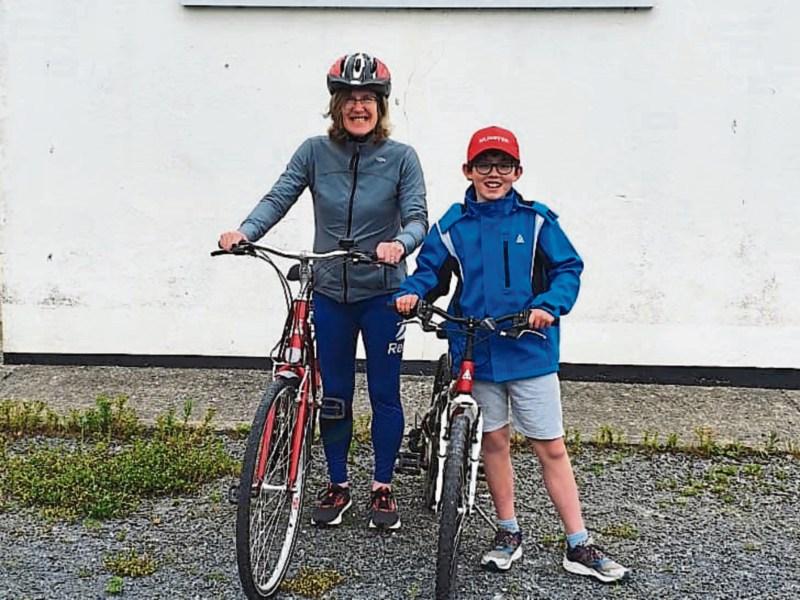 A CASUAL Saturday cycle by Caroline Hickey and her mum Helena has turned into thousands raised for Cliona’s Foundation in memory of a special girl.

Helena, treasurer of Boher Community Development Association (CDA),  thought it would be a pity not to have the annual Boher charity cycle for a second year in a row due to Covid.

Caroline suggested they run a virtual event and set up a donation page online to raise funds for Cliona’s Foundation. Boher CDA thought it was a great idea and a meeting was called with the cycle committee outside the community centre to discuss if it would work.

It was agreed to run with the cycle in memory of Ciara McCarthy with donations to the Cliona’s Foundation. The IDonate page was set up that evening and the link shared out amongst the community, family, and friends.

As people became aware that the cycle was happening, albeit a bit different from normal, donations started to flood in the week before the cycle. They had received more than €2,300 on the Friday before the cycle last month.

“The support we received has been incredible. We even had people cycling in Dublin to support us. From people getting out walking, running, and cycling over the whole Bank Holiday – even though we were not together doing it, the support was still very evident,” said Caroline.

“Many of our supporters left comments when they were donating and the prevailing sense was, they could not wait to be back doing this cycle together in 2022 and to enjoy the great community atmosphere in Boher and the lovely route,” she added.

Pat O’Connell, chairman of Boher CDA, and Terri  thanked the cycle groups and individuals who donated, in particular Cycle4SickChildren who donated €1,000. The memory of Ciara, who was only seven when she died in 2013, lives on in every donation.