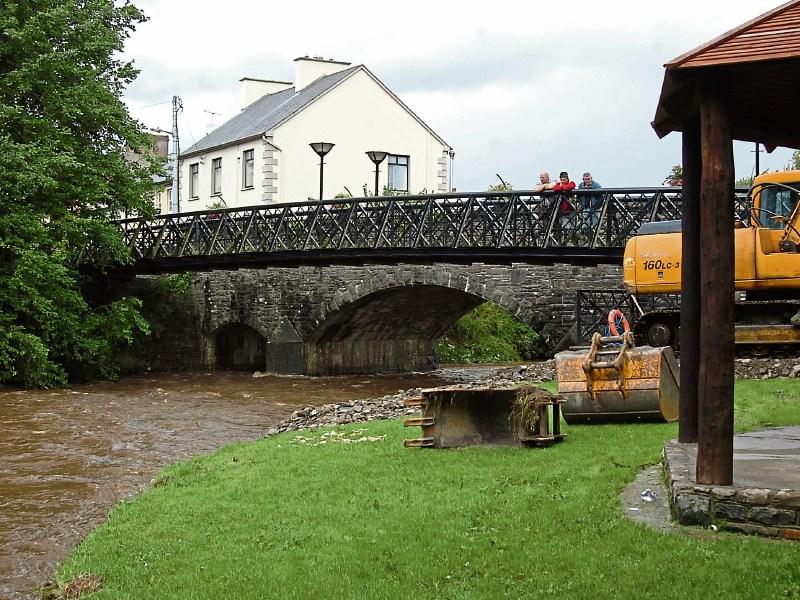 LOCAL councillors have pledged €10,000 to Athea Community Council to refurbish the footbridge which the local community built and paid for back in 2005. The money will help foot the €55,000 bill for sandblasting and repainting the iron footbridge which sits alongside the road bridge over the River Gale.

The high cost of the work, Cllr Liam Galvin said at this month’s Newcastle West Municipal District meeting, was due to the fact that the stone bridge was a protected structure and scaffolding had to be put in place to ensure no damage was done to it while the refurbishment was going on.

But, in a further move, the councillors agreed unanimously that the footbridge should be taken into public ownership and the burden of maintaining it taken over from the people of Athea.

Proposing the motion, Cllr John Sheahan said the local community council had taken out a loan of €250,000 to erect the bridge in 2005.The safety of pedestrians crossing the bridge had become an issue he explained, because of increased traffic. “It was a great initiative at the time,” he said. “It is a credit to the community council and the people of Athea.”

But, he continued, the maintenance of the bridge was a burden on the community and it needed to be lifted and he argued it was time for Limerick City and County Council to take it into public ownership. He did not believe there would be any structural issues that would prevent that, he said.

But, he added, the most important thing was to get the work done now.

Councillors accepted that a grant had been given from the council’s Town and Village Renewal Fund but there was still a shortfall.

Cllr Francis Foley, who seconded the motion, pledged €3,000 towards meeting this shortfall and this was matched by Cllrs John Sheahan and Liam Galvin from their General Municipal Allowance. Cllr Michael Collins pledged €1,000.