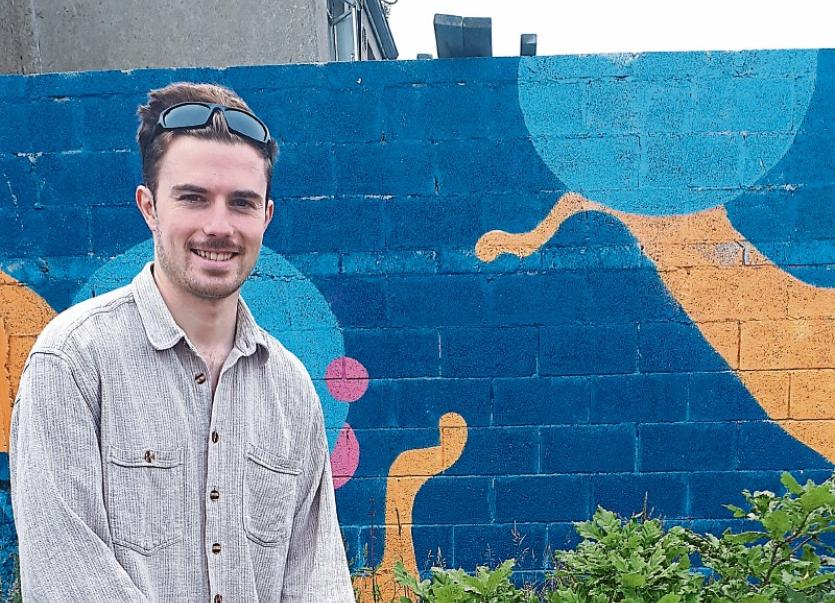 A YOUNG man who is to contest the mayoral election planted a tree on a green patch of land –  in an effort to stop a housing development.

Fionan Coughlan, who lives in the city centre, identified Sonny’s Corner, at the junction of the Island Road and Athlunkard Street as an area where locals can gather, and perhaps have allotments.

It’s the same piece of land where remnants of the old city walls were discovered, and the council has plans for affordable housing on the land.​

But Mr Coughlan hopes he has brought a stop to this, as two years ago, he planted a native Irish oak tree, which has now grown to four metres. “I’m hoping more flowers and trees will be planted here, and other residents will come and make their mark,” said Mr Coughlan, who lives a short walk away.

“The Chamber of Commerce just launched a report and they did their photoshoot here, saying they need more green spaces. I know council owns this plot, but I believe this should be kept,” he added.

He believes mistakes have been made in the past by providing houses, but no green areas. “We need to learn from the past and in this crucial time for the next generation, we cannot fall into the same trap. I hope the council won’t develop housing on this plot, not only because it’s historic, but also it could be a place for art and nature.”