Limerick author's Dementia journey is inspired by her grandmother 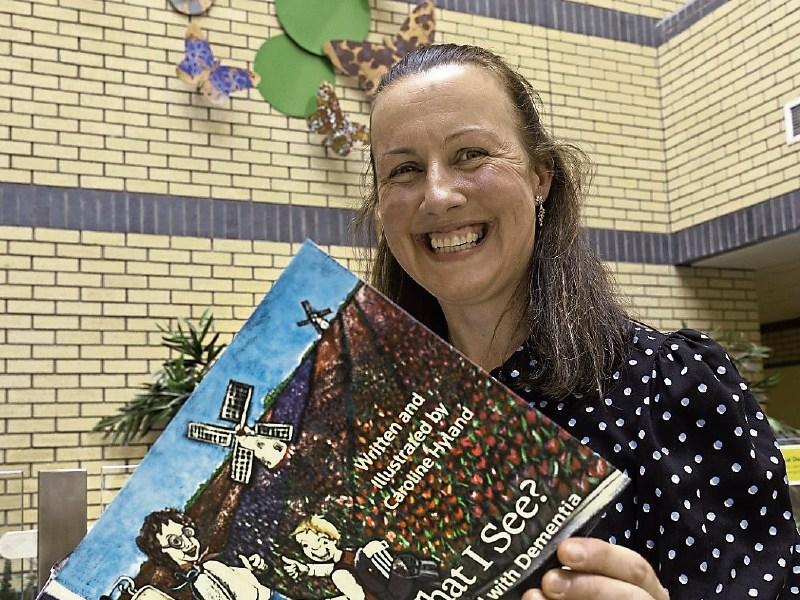 “It doesn’t take a lot to be kind, to listen, and to listen, not just with your ear, but with all your senses,” says Caroline Hyland, the author of a new and illustrated book about dementia which she has called, Do you see what I see?

At the heart of the book is Caroline’s own experience of learning about dementia, a journey inspired by her grandmother, Kathleen Duhig of Sherins Cross, near Kilmallock and driven by her own fear of the disease.

“I had an interest in finding out about it. It was a puzzle to me and something also I feared,” she explains.

“Everybody experiences it in a different way. Their journey through dementia is different,” she continues. At least 64,000 people in Ireland are currently living with dementia but it also affects tens of thousands of family members and carers.

“It is doesn’t just affect older people,” Caroline points out but adds: “Whether older or young, we all have responsibility to support people. It is not just a health issue. It is a societal issue.”

But, she says, a lot of people don’t know what to say, how to act around someone with dementia. One outcome of this is that the person’s circle gets smaller and smaller while their families can get isolated as well. “We don’t have to be medical people, scientists, to help people,” Caroline insists.

For her, the key is acknowledging the person, not just reacting to the condition. “Sometimes the wall of dementia comes up and that is all we see. There is a person behind that wall. T

hey should be treated with utmost respect for the person they are. Our job is to be detectives and find a way in. There is somebody in there. They still have a value in society. “

Listening with all our senses is important, she says, pointing out that just because somebody with dementia may not have words, that doesn’t mean they aren’t responding.

Her book, which she has illustrated herself, is about raising awareness and also empowering people. Caroline is quick to point out that she is “no expert” but says that each illustration in the book is an accumulation of observations and conversations with people living with dementia and with those that support them.

“The title, Do you see what I see, derives from having my own eyes opened to what someone with dementia might experience and their needs. As individuals there are practical things we can all do to help a person feel included and engaged in their community.

In his foreword, consultant gerontologist at Tallaght University Hospital, Professor Desmond O’Neill, describes the illustrations as “beautiful and thought-provoking”.

“A picture is truly worth a thousand words, and Caroline Hyland has developed a portfolio of beautiful and thought-provoking paintings with accompanying text which are a milestone in harnessing the power of art to better understand how the new world of the ‘Now’ in dementia engages with not only the past but also the present and their relationships with those around them,” he writes.

Caroline, who lives in Dublin, retains her links with Limerick through her uncles Jim and Phil Duhig who still live in East Limerick and her uncle, Canon Frank Duhig who is parish priest of Newcastle West. All proceeds from the book go to dementia charity.

It can be bought online at carolinehyland.com and costs €16 plus postage.