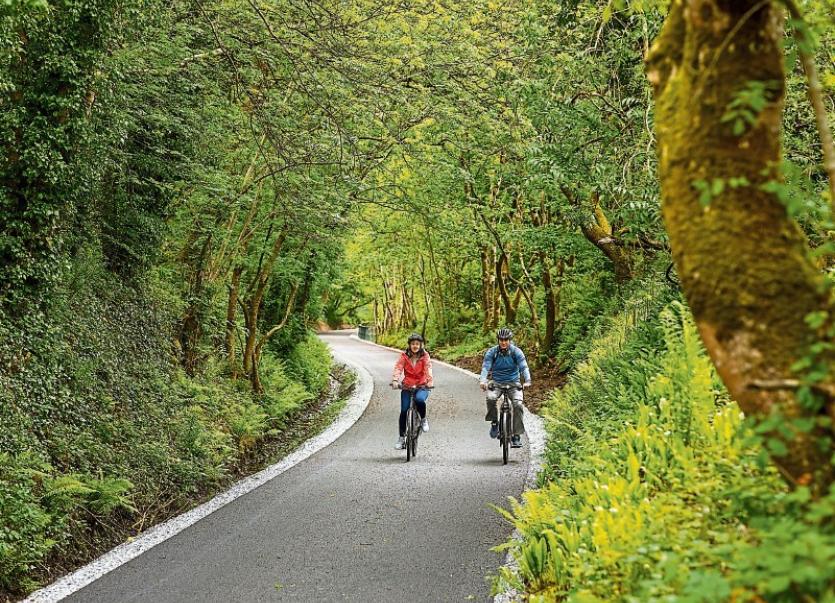 Rachael Conway and Padraig Fogarty at Tullig Wood on the Limerick Greenway, which opened to the public earlier this month | PICTURE: Sean Curtin

A FORMER mayor has raised fresh questions over the providing of a loan to a Dublin-based bike hire company to serve the Limerick Greenway.

There was controversy earlier this year as councillors voted to provide a loan to the Lazy Bike Hire Company​ in the value of €300,000, with many saying a local operator should have instead been selected.

Although councillor Stephen Keary backed the provision at the time, he’s now admitted he only did so because a Fine Gael party whip was in place at the meeting.

And he has since written to council head of finance Sean Coughlan with a number of questions around it.

But despite that email going out on June 3 last, his questions have not been addressed, with the Rathkeale councillor raising the matter at this month’s full council meeting.

“I asked five very important questions here and they’ve not been answered. I do believe the due diligence was not carried out. I’m not happy the questions I’ve been asking have not been addressed,” he said.

During the meeting, which was held at the Limerick Institute of Technology, Cllr Keary was told he would be briefed privately afterwards – but he demanded to have the answers read into the public record.

Due to time constraints, this did not happen, and speaking afterwards, he said he was “extremely disappointed”.

This, the engineer said, should include its new business venture along the Limerick Greenway, which opened this month.

He also wanted “a positive confirmation” to council members that the local authority has, or will, obtain several “personal guarantees” from the firm’s directors for the amount of the proposed loan.

“As with any credit approval process, you will have received a pack of information and documentation in support of the tender and subsequent loan application. I feel as councillors we may need to read and understand this documentation, in order that we can fully understand the credit risk we are being asked to support for a commercial loan of €300,000,” Cllr Keary wrote.

He also sought the statements of affairs of both the loan guarantors “to support the value of the director’s personal guarantees”.

As of last week’s meeting, Cllr Keary confirmed he had still not received a reply.

A spokesperson for Limerick City and County Council said: “Having regard to the impact of Covid-19 on tourism and hospitality businesses it was considered prudent to provide this option as part of the process to attract an operator of scale to establish on the Limerick Greenway.”

They said from research and discussions with other greenway providers, a large number of people using them only wish to cycle all or part of the facility one way and return to their start point by bus.

“This requires at least one operator of scale to have bike hire and shuttle bus pick up points at multiple locations along the route. Currently the Limerick Greenway has a very limited bike hire service and no shuttle bus service,” a council spokesperson said, “Without a comprehensive bike hire/ shuttle bus service, the Limerick Greenway cannot attract tourists/ day trippers (without bikes) to experience the greenway and businesses along the route will not fully harness the economic benefits arising from the investment to date.”

SLIDESHOW: Limerick Greenway going down a storm with locals