Cross meeting over proposed closure of level crossings in Limerick 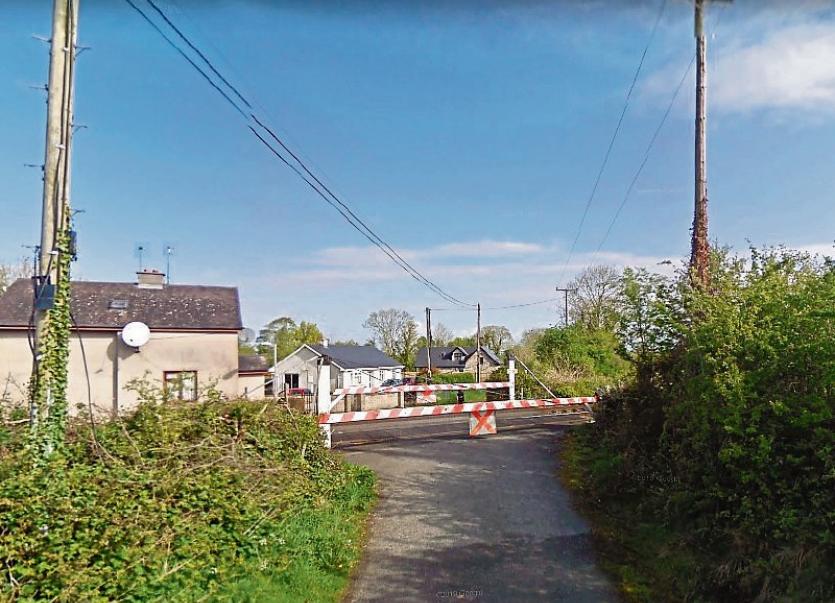 The Thomastown level crossing near Effin has been earmarked for closure

A SPECIAL meeting of the Cappamore-Kilmallock municipal district featured a call for the cathaoirleach to resign but ended with the seven councillors in agreement.

It was called to discuss a submission to An Bord Pleanala on the elimination of Fantstown near Kilmallock and upgrade of Thomastown level crossings on the Dublin to Cork rail line. Cllr Mike Donegan read out a submission he prepared and sought support for.

On Thomastown, he said there are safety concerns with the width of the road, “which is not wide enough for two vehicles to pass safely and as this is a rural area there is significant movement of tractors and trucks.”

“The new junction planned for the Charleville - Kilmallock road (R515) needs to be reviewed as it will cause stacking of vehicles when turning off the R515 onto the new road. There has been a number of serious accidents including fatalities,” read out Mr Donegan.

Cathaoirleach Martin Ryan stressed the importance of safety on the R515 and acknowledged the fact that Cllr PJ Carey did bring the crossings up under any other business at the last meeting. He said all the councillors have in their own capacity met with locals to discuss their concerns.

“That is why we are here today to bring all that together and have unanimous support for this submission,” said Cllr Ryan. Cllr Carey said at the last meeting he asked that all seven councillors would make a submission together and put on a united front. He said he got “no support whatsoever from you (Martin Ryan) or your vice chair (Mike Donegan). I made a submission on my own.”

“Yet we are here today 24 hours before submissions close doing exactly what I previously called for. I think the way you as chair and vice chair purposefully excluded the other five councillors when meeting Thomastown residents last Wednesday is a disgrace. We should all have been included. We should do what is best for the community and not what is best for Fianna Fail,” said Cllr Carey. He said the chair should be “impartial” and called on Cllr Ryan to resign.

In reply, Cllr Ryan said: “Thank you PJ. I don’t agree with you – end of story. We’re here at this meeting to get united support for this submission. I had no call from you raising concerns about level crossings. I will try and do my best and ensure these meetings are run in a fair way.”

Cllr Donegan said his involvement with the  crossings goes back to 2009.

“I was invited to a meeting and I went. I didn’t know who was invited. I am asking for the support of local councillors to the submission,” said Cllr Donegan. All seven backed it.