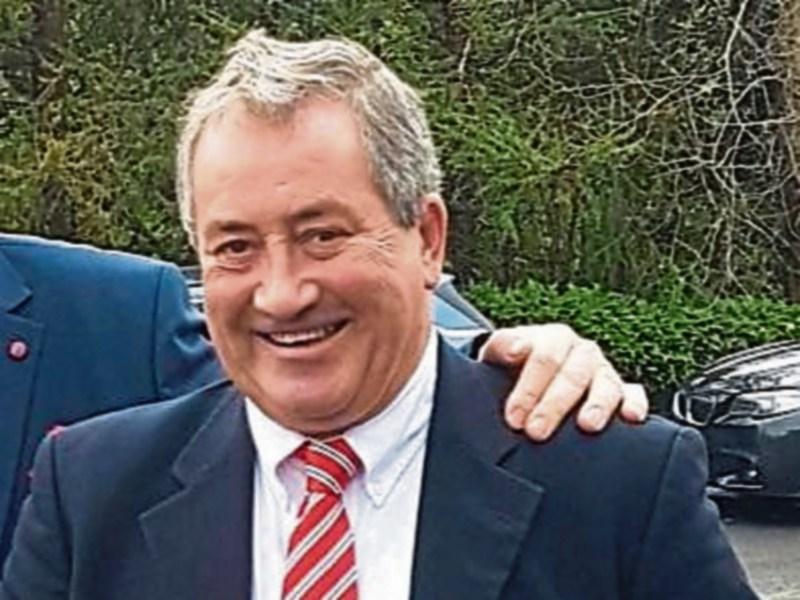 IF THERE is a pitch in heaven you will find Billy Godfrey on the sideline coaching or in the clubhouse looking after the administration.

Billy was destined to pull on the Oola jersey from an early age. After wins on the field in the 1960s he witnessed many GAA successes celebrated in Godfrey’s shop and chipper. Oola GAA was a huge part of his life since he was a child. In death, the club honoured his memory, including a wonderful tribute written by Johnny Ryan.

Billy, aged in his mid-sixties, of Old Road, Oola, died unexpectedly while driving near the Annacotty Business Park on Wednesday, June 30. While the garda investigation continues into the incident it is understood he may have suffered a medical issue.

Billy was vastly experienced behind the wheel as he drove for a living. There was no collision with any other vehicle or a ditch. On one of the hottest days of the year, the people of Oola felt chills when news broke of Billy’s sad passing.

The hot sun was in stark contrast to his funeral on Saturday when the heavens opened. Billy’s coffin was poignantly draped in a soaked Oola flag as it was shouldered to his grave in the old cemetery.

“Craic and banter and fun were the hallmarks of his life. He had a wonderful ability to see the funny side of life in his own inimitable, mischievous way,” said Fr Morris.

But when life was serious and people were in trouble, Fr Morris said, Billy was the first to help.

“You would be hard-pressed to find a more obliging person than Billy Godfrey. So many people are indebted to him and they will recall those deeds during these days – his kindness and his generosity,” said Fr Morris.

In his tribute, Johnny Ryan said Billy gave a lifetime of service to Oola GAA Club. He started off playing at U-14 and progressed through the ranks. His talent resulted in a call up to the Limerick minor panel in 1975.

“Over the following years he played on the senior team and in 1979 featured at wing forward when Oola won the county final,” wrote Johnny. Billy continued to play during the eighties before getting involved on the sideline with many, many teams.

“He was also co-ordinator for the Limerick Development Draw and in recent years served as club chairman and vice-chairman to round off a lifetime of service to Oola GAA Club,” wrote Johnny.

“Our club was shocked and saddened to receive the news that our dear friend, former player, coach and chairman, Billy Godfrey, had unexpectedly passed away. Billy was widely known through out Munster in both the Rugby and GAA communities,” read the tribute, which echoed Fr Morris by saying Billy was on hand when needed for any job, big or small.

Local councillor Martin Ryan said his heart goes out to the Godfrey family.

“It's a tragic thing to happen. The Godfrey family would be very well-known and highly respected in Oola and east Limerick,” said Cllr Ryan.

“Nobody would have a bad word to say about Billy. He was a great man for the GAA all his life. He was very committed to Oola GAA Club and was involved with training lots of younger teams over the years. He was also very involved with Kilfeacle RFC in Tipperary,” said Mr Meagher.