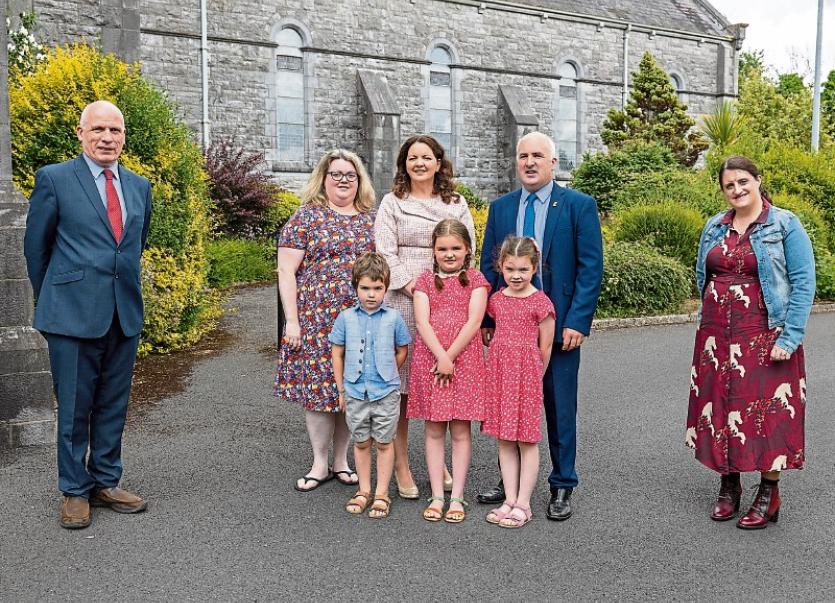 The service was aired on RTÉ on Sunday. Embrace FARM was founded by Brian and Norma Rohan, a native of Broadford, after Brian lost his father Liam in a farm accident in 2012 in Shanahoe, Co Laois.

Like most farming families the Rohans experienced great and invaluable support from neighbours and friends but were surprised to find that there was little or no emotional or practical support networks available to farm families suffering such loss.

So, they established Embrace FARM which remembers those who have lost their lives, have been injured, supports survivors of farm accidents, their family members, friends and the wider community.

Speaking at the virtual remembrance service, founder Brian said: “Today we will remember all who have been affected by farm accidents in the 32 counties of our island. Farm families, extended family members, neighbours and friends who have lost a loved one and also those who have survived accidents. All of you are part of a story involving a long journey of loss, grief and trauma.”

“What an honour it was to ring the Peace Bell in remembrance of all the lives lost and injured on the farms of Ireland.

Brian read out the names of 228 deceased victims of farm accidents from the island of Ireland going back to 1945.

Well known agri journalist, Mairead Lavery, from Shanagolden, who lost her father at 12 years of age was the keynote speaker. Martin Heydon TD, Minister for State at the Dept. of Agriculture, Food and the Marine with special responsibility for Farm Safety lit four candles representing the four provinces of Connacht, Leinster, Munster & Ulster.

A notable feature on the altar which took two hours to prepare by Embrace Farm volunteers were the photos of 105 farm accident victims.