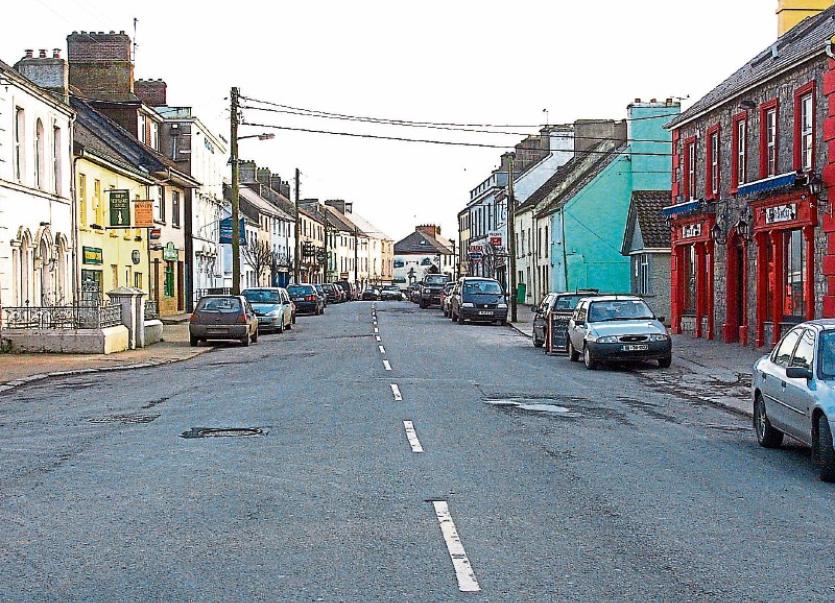 The incident happened in Bruff

A FORMER member of the Defence Forces who drove a camper van at speed down the main street in Bruff while under the influence of cocaine has been disqualified from driving.

“The peculiar aspect of this case,” solicitor Kevin Power said, pleading for his client,” is that he had a valid licence and insurance but not on the camper van.”

He added he had lost the keys to his own car that morning.

Garda Patrick Aherne told the court that he was operating a checkpoint at Ballynalahagh, outside Bruff shortly after 9am on March 27 last year when he noticed a white camper van coming towards him.

The driver, whom he didn’t recognise, kept on driving towards Bruff, sometimes on the wrong side of the wrong and around blind bends and the garda followed.

Coming into Bruff, Mr Kinsella failed to stop at a junction and instead drove straight through, down the Main St before turning into a lane. He sped up that lane, the garda continued, and then crashed into the pier of a gate before taking off on foot.

When Garda Aherne caught him, he failed a roadside breath test and was arrested and later gave a blood sample.

The blood sample confirmed the presence of cocaine with a concentration more than five times the legal limit.

The vehicle was later examined and had bald tyres, the garda said.

Outlining his client’s “back story”, Mr Power explained he had been a member of the Defence Forces for a number of years and had served in Africa where he had been prescribed the drug Larium.

Mr Power submitted a medical report as well as a report from Cuan Mhuire where Mr Kinsella had gone for treatment “on his own volition”.

The incident, he said, was probably the apex of a complete spiral of being out of control”.

“It is a sad case,” Mr Power continued but his client was “very regretful about the incident”.

He just panicked, he said, adding that his client had never been in court before.

Judge Harney fined Mr Kinsella €200 and disqualified him from driving for four years on the drug driving charge.

She fined him €500 with a two year disqualification for dangerous driving and fined him €250 for driving without insurance along with a fine of €50 for having no valid certificate of road worthiness for the vehicle.

Other charges of having no tax and tax displayed, no insurance displayed and failing to produce insurance and a certificate of road worthiness were taken into consideration along with charges of failing to stop, not wearing a seat belt and having bald tyres.