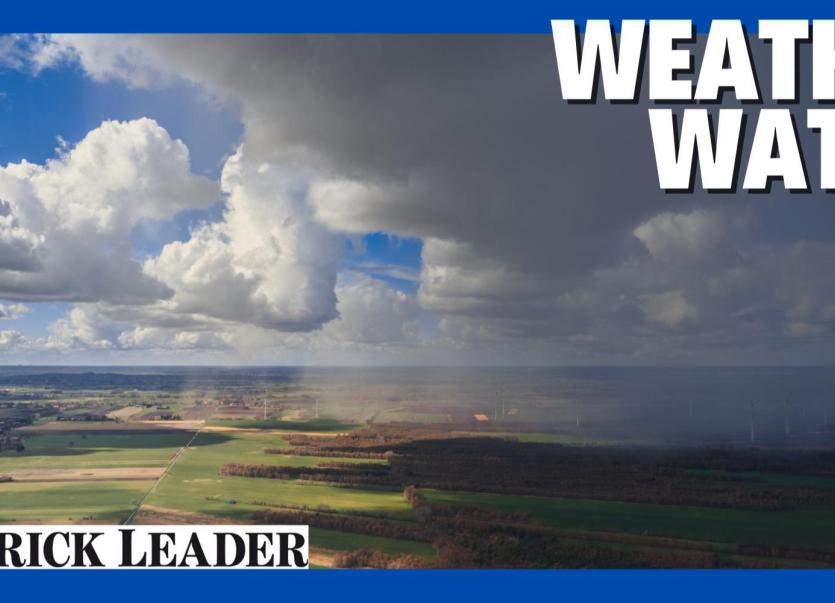 Thursday will be dry in many areas and warm with a mix of cloud and hazy sunshine. Scattered showers will develop from early afternoon. Winds will be light and variable inland, but sea breezes will develop in coastal areas. Highest temperatures of 20 to 23 degrees generally, but 17 to 19 degrees in coastal areas due to onshore breezes.

NATIONAL OUTLOOK
OVERVIEW: Turning more unsettled from later on Friday and over the weekend.

THURSDAY NIGHT: There will be a few showers around overnight but many areas will have a dry and rather cloudy night with some clear spells. Mist and fog patches with form in light winds where skies are clear. Lowest temperatures of 9 to 14 degrees, a mild night in the north and east.

FRIDAY: Friday will be warm and dry to begin with sunny spells in most areas. Scattered showers will start to break out from morning as a moderate south to southeast breeze develops. Rain will move into the southwest from early evening. Highest temperatures of 20 to 23 degrees, cooler and breeziest in the far south and southwest with highs of 17 to 19 degrees there.

FRIDAY NIGHT: Rain will spread across Munster where it may be heavy locally in the far southwest but most parts of the country elsewhere will hold dry for much of the night with mainly clear skies. Mild, with lowest temperatures of 11 to 15 degrees in a light to moderate southeasterly wind.

SATURDAY: Warm and humid with outbreaks of rain spreading northwards throughout the day, possibly turning heavy in western parts later in the afternoon. Parts of Ulster will remain dry with the best of sunny spells there. Highest temperatures of 20 to 23 degrees across the northern half of the country, 16 to 19 degrees further south, with light to moderate southeast breezes. Saturday night will be mild and humid with further showery rain in most areas, some heavy bursts possible. Lowest temperatures of 12 to 15 degrees.

SUNDAY: There will be quite widespread showers during the day, many likely to be heavy with some possibly thundery, and limited bright or sunny intervals. Humid with highest temperatures of 17 to 20 degrees with a moderate breeze. Showers will continue overnight but there will likely be dry and clearer spells at times.

FURTHER OUTLOOK: Unsettled early next week with low pressure near Ireland producing showers or longer spells of rain in most areas. Not as warm with highest temperatures in the mid to high teens and mild at night.