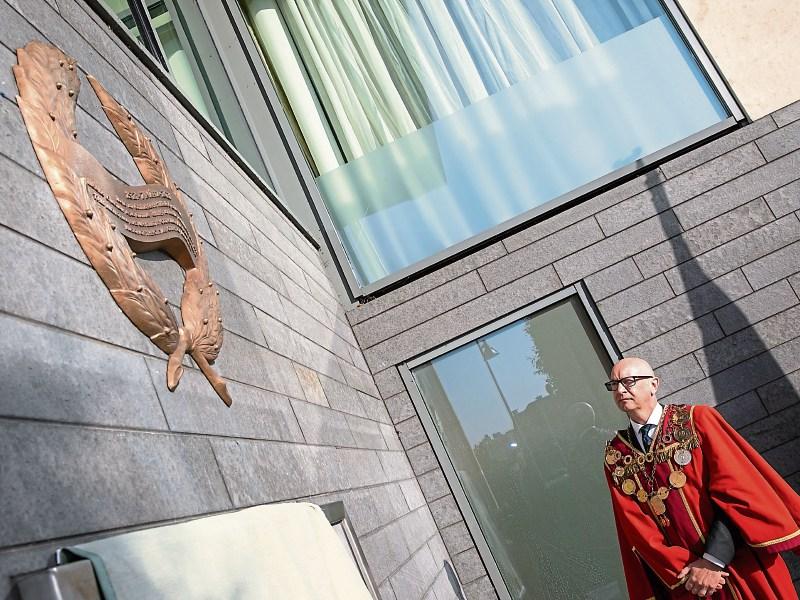 LIMERICK’s murdered mayors have been honoured by the county’s current first citizen.

Mayor Michael Collins led a ceremony at the War of Independence memorial where he laid a bronze wreath in honour of George Clancy and Michael O’Callaghan.

On a fateful night in March 1921, the then sitting mayor, Cllr Clancy and his immediate predecessor, Cllr O’Callaghan were murdered within minutes of one another.

In addition to the two mayors, Cathaoirleach of Limerick County Council Sean Wall and volunteer Joseph O’Donoghue were remembered.

Cllr Wall was killed in May 1921 in battle with the Black and Tans at Annacarty in Tipperary.

The murders shocked public opinion at home and abroad and played a major role in undermining British rule in Ireland.

As part of the Decade of Centenaries commemorations, its committee in Limerick agreed that on the centenary in 2021 a piece should be added to the memorial to commemorate the events.

It was left to Mayor Collins to unveil the bronze wreath, which was commissioned and designed by artists Jim Lavery and Eithne Ring.

“These events serve to demonstrate the central role that Limerick played in the War of Independence, suffering 130 fatalities, the fifth highest death toll of any Irish county, after Cork, Dublin, Tipperary and Kerry,” said Cllr Collins.

“This unveiling of the new bronze wreath offers an opportunity for reflection and remembrance of all of those who lost their lives in the struggle. This period of our history, 100 years ago and more, has framed our lives since then and it is important that people understand and reflect on what happened.”