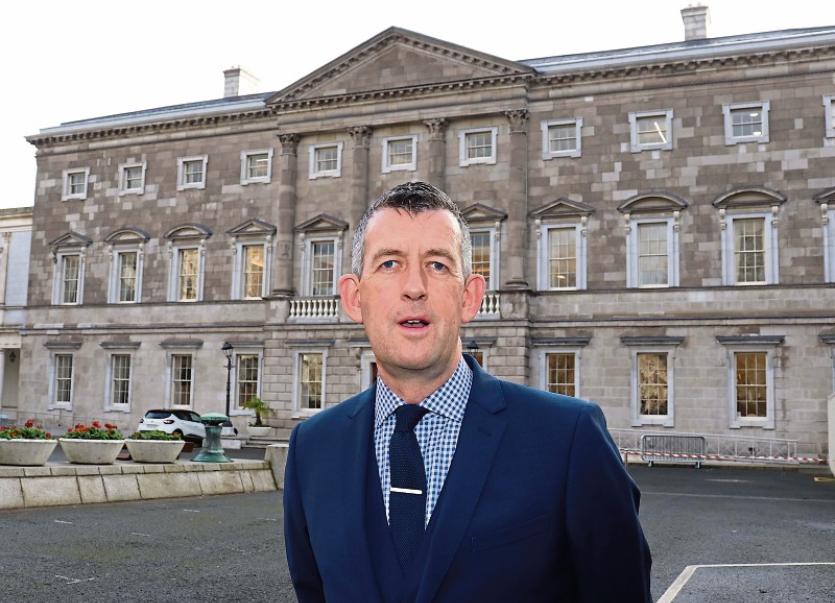 Maurice Quinlivan says it was a mistake for his party to walk out of the vote on the Special Criminal Court | PICTURE: MICHAEL COWHEY

SINN Fein TD Maurice Quinlivan has admitted his party made a mistake when they walked out of the Dáil ahead of a vote on the Special Criminal Court.​

The party has attracted criticism in Limerick from local Fine Gael TD Patrick O’Donovan – over their actions during the debate which led to the legislation underpinning the court being renewed – as it has to be each year.

“We should have pressed the abstain button,” Mr Quinlivan said, “In hindsight, and this is my firm belief, it was a mistake. I know we physically walked out, but it wasn't a walkout. What we were doing was we were abstaining, and as I understand it, the last vote at the time.”

The Limerick City polltopper said Sinn Fein had made it “crystal clear” it would abstain on the vote.

“It was no surprise to anybody what we were going to do. The reason we abstained is last year we got the government to agree to doing a review of the Special Criminal Court. A judge was appointed to do this, and we are awaiting the outcome of this report to se how we progress,” he said.

There is historic opposition within Sinn Fein to the non-jury court – which has dealt with a number of high profile prosecutions relating to gangland activity in Limerick  – and Mr O’Donovan accused the party of “following orders from central command”.

The pair clashed in a heated debate which was broadcast on Live 95.

“Twenty five years since their murders, Sinn Féin TDs choose to walk out of our national parliament when a vote on extending the Special Criminal Court comes before the TDs elected by the people of this country. Sinn Féin purport change but in reality they are the same party they were 25 years ago.”

Mr Quinlivan rejected this, saying: “Nobody has stood up  to the gangs in Limerick as I have done to the present day, and I won't take any lectures from anybody on that.”

He said he has been “calling out drug dealing” in Limerick since he became a public representative.