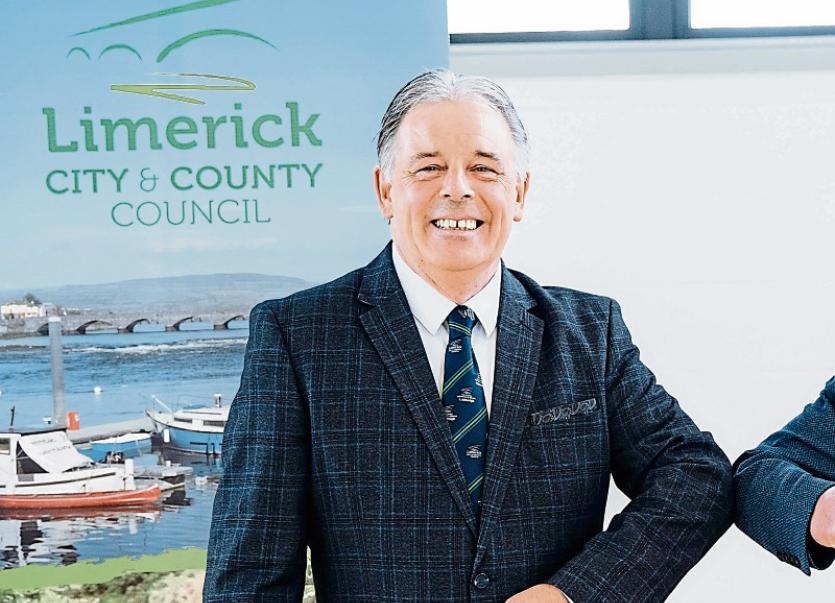 IT was described during the meeting as “only a nominal role” but the matter of who was going to take the title of leas-chathaoirleach of the Cappamore-Kilmallock Municipal District saw sparks fly between local councillors.

No sooner had the claps from the round of applause for Cllr Martin Ryan died out when the mood music changed in the function room at the Deebert House Hotel in Kilmallock where the annual AGM of the district was being hosted.

Cllr Gerald Mitchell, FG, then proposed Cllr Mike Donegan, FF, from Kilmallock for the position and this proposal was seconded by outgoing chairman, Cllr John Egan, FG, from Murroe.

Cllr Eddie Ryan then said that before a vote was taken he wanted to point out that “a precedent was set in the Adare - Rathkeale area” last year when Cllr Emmett O’Brien was elected as leas-chathaoirleach.

“I think that with Brigid’s service record to this council in two different areas and the mandate she has received over numerous years from the public, that we wouldn’t be breaking any major rules. I think that she does deserve the position of leas-chathairleach of the Cappamore-Kilmallock area and I would ask all members to give that a small bit of consideration please,” said Cllr Ryan.

Cllr Mike Donegan then spoke pointing out that he and his Fianna Fail party colleagues, along with Fine Gael, have a pact in place for five years.

“We have this discussion every year - nothing personal against any of the councillors here in this room,” Cllr Donegan pointed out.

“I made an agreement two years ago to support the pact for five years and I will be sticking by that, as I did make an agreement with the six other councillors here in this room that we would divide up the GMA.”

The Kilmallock man said “if we are going to go down the route of trying to bring politics into this and trying to split the municipal district again, we can have a lot more votes here in relation to GMA - there is a big two year GMA coming up and we can start voting on footpaths and bits of roads that need to be done - where the money is allocated.

“I’ve nothing personal. I know all the councillors here are aware of the political system. I made a pact. I made an agreement and I’m going to stick by that.”

Cllr Eddie Ryan said that he was “party to the agreement” and noted that “the agreement is that Martin Ryan would be chair after you”, he said, directing the comments at the outgoing cathaoirleach John Egan. “There wasn’t a mention of vice-chairs,” he added.

Cllr John Egan said that “whatever happens in the next few minutes, I want to make sure of one thing - that the seven county councillors here in this room, work as efficiently and as good as they have over the last two years”.

“You can take that as read,” said Cllr Eddie Ryan.

Cllr Eddie Ryan said “Brigid would need a group of nine councillors. She does deserve a bit of respect too”.

Cllr PJ Carey said “we are entitled to propose Brigid” to which Cllr Egan said no one was disputing that.

“There’s no threats, I’d like Cllr Carey to retract that statement now please. I’m not making any threats,” he continued.

“I consider that a threat,” added Cllr Carey of Cllr Donegan’s comments on GMA.

“You did Mike,” continued Cllr Eddie Ryan, “you said you’d have a vote on every footpath. Yes you did.”

Outgoing chairman Cllr John Egan said he was “disappointed that it’s come to this” as he prepared to start the vote.

Then Cllr Brigid Teefy spoke. “Sorry chairman,” she began, “I’d like to say thank you for the nice comments. Thank you Cllr Ryan and Cllr Carey, but in view of what’s happening, the pact and whatever, I’m not going to divide the councillors.

“Thank you very much for your kind words. I’m a long time councillor. It would have been nice. Vice chair is only nominal really - it’s only nominal.

The Ballybricken resident said she was elected by the area and has been elected in five successive elections.

“I enjoy working with everyone so I will withdraw my name. I don’t think the election of cathaoirleach or leas-chathaoirleach has anything to do with GMAs or anything else - this is the AGM,” she noted.

A round of applause broke out and with that Cllr John Egan said: “I declare that Cllr Donegan is vice-chairman.”