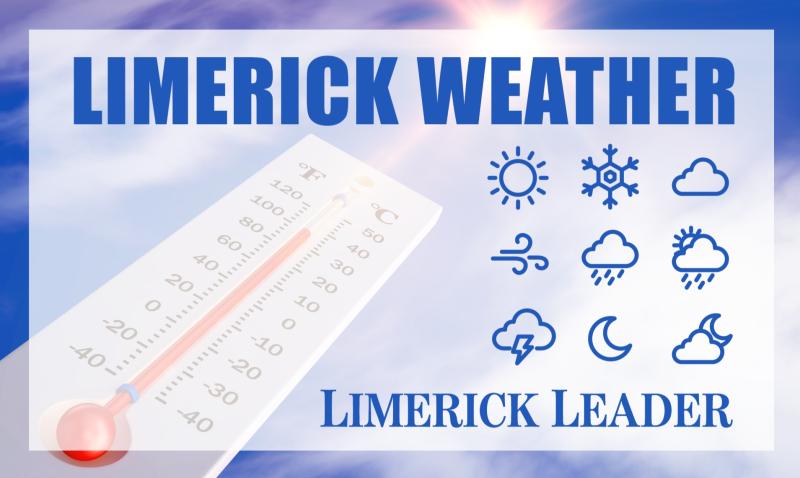 Tuesday will begin dry with good sunshine. However, cloud will increase towards the evening with patchy rain and drizzle following. Highest temperatures of 15 to 19 degrees in light to moderate northwest breezes.

NATIONAL OUTLOOK
Summary: Mixed weather initially with outbreaks of rain and drizzle, but still a good deal of dry weather. Becoming more settled towards the weekend.

Tuesday night: A damp night as outbreaks of rain and drizzle continue to extend southeastwards to all areas. Mist and fog patches will develop too. Lowest temperatures of 9 to 11 degrees in mainly light west to southwest breezes.

Wednesday: A rather dull and cloudy start to the day, with outbreaks of rain and drizzle. A clearance to drier conditions will develop from the northwest through the day with some afternoon and evening sunny spells for the western half of the country. Staying cloudier further east with some patchy drizzle continuing. Highest temperatures of 17 to 19 degrees generally with light to moderate west to northwest breezes.

Wednesday night: Dry with clear spells initially but cloud with increase from the northwest as further outbreaks of rain and drizzle feed into much of Ulster and Connacht during the night. Holding mostly dry elsewhere. Lowest temperatures of 9 to 12 degrees in light west to southwest breezes with some mist and fog patches forming.

Thursday: A mainly cloudy day with outbreaks of rain and drizzle slowly sinking further south, becoming patchier as it does so. A clearance to showers will develop in the northwest during the afternoon. Highest temperatures ranging from 15 or 16 degrees in the northwest to 19 or 20 degrees in the south in moderate, occasionally fresh, westerly breezes.

Friday: Some uncertainty for Friday but it looks like it will be a cool and cloudy day but dry for most with just a few well scattered light showers. However, there is the possibility of heavier showers moving into eastern coastal areas. Highest temperatures of just 13 to 16 degrees generally in a moderate to fresh northerly wind.

Weekend: Current indications suggest that there will be a good deal of dry weather over the weekend with sunny spells but still with some rain and showers at times. Highest temperatures generally in the high teens.