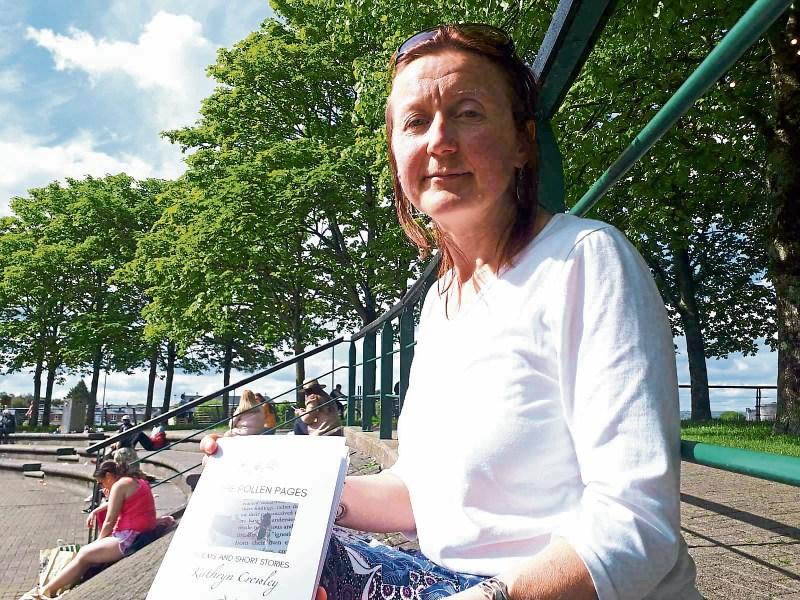 A NEWCASTLE West woman has put pen to paper on her first book, which she hopes can help people appreciate the world.

Writer, artist and former yoga teacher Kathryn Crowley has just brought out the Pollen Pages, which contains 20 pages of poems and short stories.

In the collection, she’s drawn on experiences – both positive and negative – from recent years.

Taking up the story, she said: “I wanted to write more than paint, and this feeling started coming up in me one winter when I had really bad depression. I was living in Galway at the time and journal-ing. It got me through a winter. Before I knew it, I was writing really corny poetry and terrible songs. It was great craic! Pen almost replaced paintbrush for me.”

Later that year, a family tragedy stopped Kathryn in her tracks, and it wasn’t until a year after, she resumed writing.

Ironically, this came about when she was taking part in an outdoor education course, high in the hills above Limerick.

On the second day, she broke her ankle, which rendered her immobile.

“I was stuck in the village I was in. I guess it was the universe or God or whatever people believe in telling me something. But I started writing up there again,” she explained.

Speaking of her stories, Kathryn said: “One is about a travel experience I had in Ethiopia which I hope reiterates what a gift freedom is. Another story, although it's about teeth, it relates to grief and how it can linger and rise up at any moment. I hope it helps people who are grieving to realise there is no full stop finishing point, As long as you are above ground, you are winning.”

As for the poems, she says some of them are “just nice” and uplifting.

Kathryn has returned to university as a mature student, after finding doors closed in her face in terms of securing arts funding as she did not have a degree.

“People used to reiterate this every time I was job hunting or trying to get projects off the ground that I really should go back to college,” she said.

It was thanks to a chance encounter with someone in Youthreach, that she met with teachers in the University of Limerick’s sociology department.

Kathryn hopes some of the sales of her collection will help fund her continued study – and ultimately pave the way for an end to precarious employment for her.

“I love writing, I love research. I love using creativity to highlight a cause, or effect change through the arts. But I am a realist as well,” she added.

The Pollen Pages is available, priced €5 plus postage-and-packing.

In certain instances, Kathryn can deliver the book by hand.