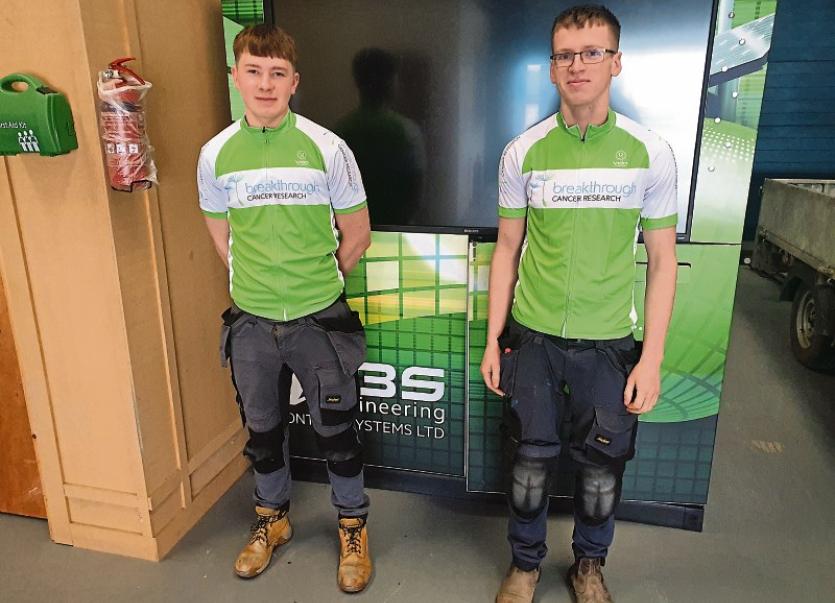 WITH over a fortnight still to go, Colm Cussen and his colleagues at ABS Engineering in Castlemahon are more than halfway to their fundraising target for Breakthrough Cancer Research.

Meanwhile, managing director Colm and his six cycling partners are training hard for their 179-kilometre Ring of Kerry challenge on July 3.

“We are doing between 20 and 30 miles every second night,” explained Colm, who underwent major back surgery last February . “I am doing very well, trying to build up the muscles,” he said. But he admitted it would be more of a challenge than in 2019 when he first took on the Ring of Kerry.

However, he was determined to meet the challenge, spurred on and inspired by the memory of his late wife Máiréad who died three years ago as a result of lung cancer, leaving Colm to raise their two little girls Ellie and Lucy.

He was also keen to acknowledge and mark in a concrete way the great care Máiréad received during her illness, which is why he set up the GoFundMe page to help in the fight against cancer.

“I never knew much about cancer until my wife Mairead was diagnosed with stage four lung cancer,” Colm explained. “Even when we were told that we had it in our heads that we could beat this together. Little did we know of the challenge we faced and what we would experience as a young couple together with two little young girls deciding to keep this horrible disease from them”.

Describing Máiréad as a happy person, who loved life and having the craic and who adored her children and family, Colm continued: “People don’t tell you how it will be after the death of a loved one, trying to explain to your little girls what all this means and why it happened to mom. For a while, my kids blamed themselves saying they might have been bold and that’s why God took mom and then after that the anxiety of losing dad becomes a bigger issue.”

“Long story short, cancer affects everyone. Even when we set this GoFundMe page, forty-five minutes later a work colleague just found out his mom has cancer… forty-five minutes. We need to support this cause,” he added.

If you want to support Colm and his co-cyclists Tom Guiney, Tom Deasy, Jason Dowling, Darren Sparling, Michael Brennan and Jamie Burke, you can do so here.