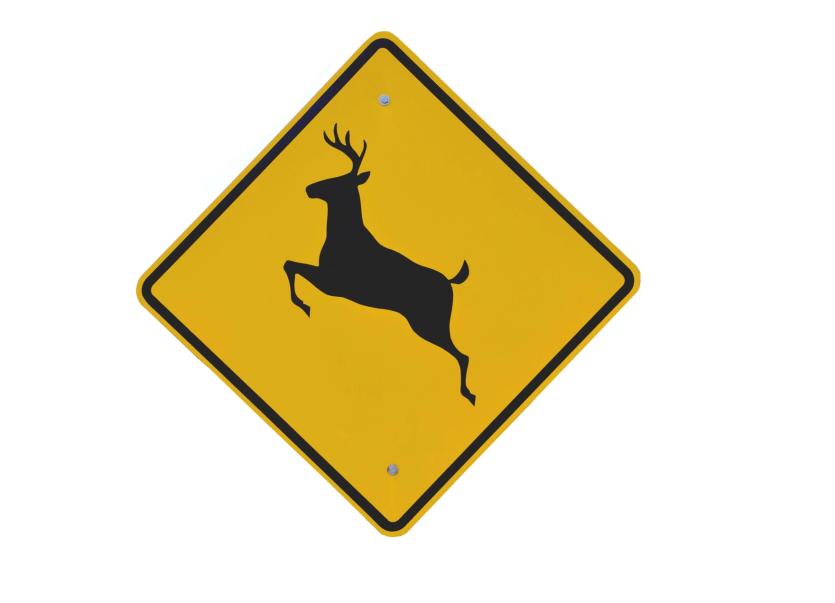 A LOCAL councillor has called for warning signs to be erected after a deer was killed and a car badly damaged in a collision.

According to Cllr John Egan of Murroe the incident occurred last week in County Limerick, between Murroe and Annacotty.

“There was an accident last week when a deer jumped out on the road. The deer was killed and there was a good lot of damage done to the car. There is forestry land around Madaboy,” said the Fine Gael councillor.

It is understood that the driver escaped without injury “but there was a good lot of damage done to the car”.

Cllr Egan said there have been other sightings of deer on the road in the area particularly over the past year.

He is now calling for signs to be erected in the area to alert oncoming motorists to the deer.

“When they do jump out, they jump at such a speed and they can jump out so high. People can drive fast along there so at least if there are signs up to notify them, it gives them some chance,” he explained.

The Murroe man raised the issue at a meeting of the Cappamore-Kilmallock Municipal District this Thursday where Trevor McKechnie, senior executive engineer with the council, asked Cllr Egan for an exact location of the incident to facilitate, where necessary, the erection of signage.