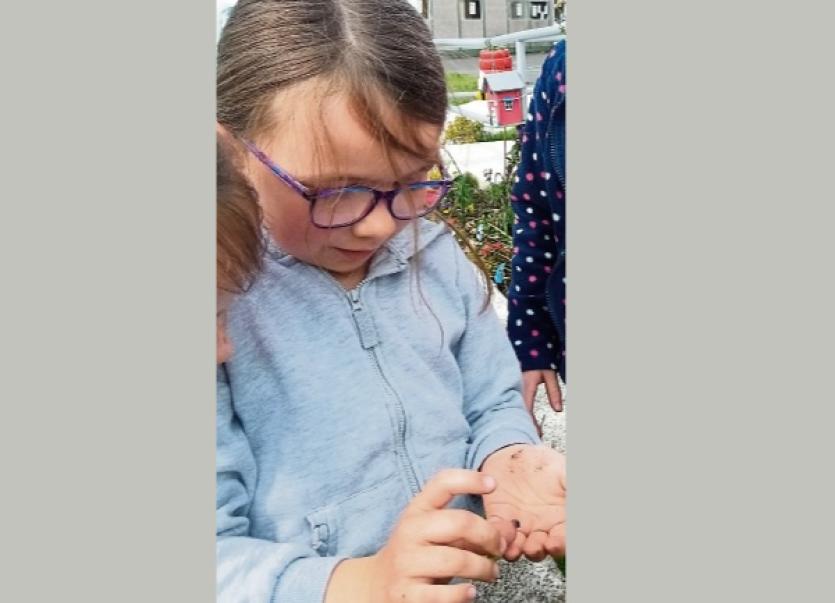 KNOCKADEA National School pupils went on a minibeast hunt and they found one!

The pupils of the junior room celebrated Biodiversity Week by exploring the new school sensory garden.

The children were fascinated to discover so many different species of insects living in the different habitats on their grounds.

They then spent some time examining their finds under magnifying glasses and microscopes to identify them with the aid of books and the internet before releasing them back into the garden.

One eagle-eyed  pupil managed to find a species they had never encountered before. Being a keen naturalist, Eimear Noonan instantly realised that this was no ordinary worm and she brought it to a staff member’s attention who recognised it as the invasive species, the New Zealand flatworm.

“This is a menace to our native eco-system as it preys on our earthworms. Going on the internet, we quickly realised that the find had to be recorded on the biodiversity.ie website. Well done Eimear, look out David Attenborough!” said the school’s Eibhlín Walsh-Boland.