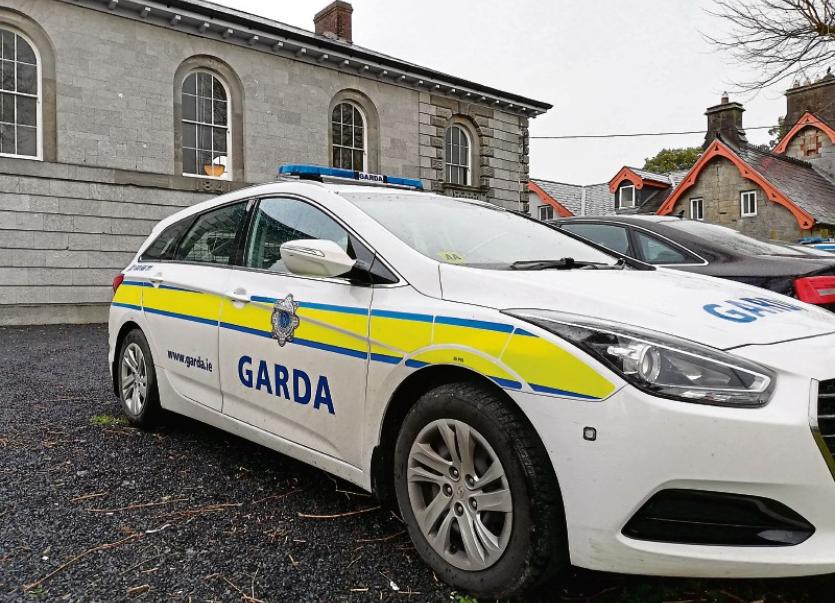 A RATHKEALE man who was very drunk and who made a nuisance call to the gardai to complain about a fictional fight in another bar in the town was convicted at Newcastle West court of being in breach of the Post Office (Amendment) Act.

The incident, which took place at about 2am on August 16, 2019, was captured on CCTV, the court heard.

Pleading for his client, solicitor Denis Linehan said that by coincidence, gardai had inspected that bar a short time before.

“I don’t think it is the case, arising from the false call, that a big investigation was mounted,” Mr Linehan said. But he was very embarrassed about the matter.

He was in a “highly intoxicated state” on that night.

“That is not an excuse. He rang the gardai to say there was an incident in another pub.”

Mr Quilligan had come to him, Mr Linehan said, and had made a voluntary statement on the issue which included an apology.

Mr Quilligan also faced a charge of disorderly conduct and of being drunk in a public place at Bank Place on June 23, 2019. Gardai had cleared a licensed premises, Inspector Lacey explained, and when Mr Quilligan came out, he became abusive and threatening to gardai.

Mr Linehan said his client, a father of four, had a lot going on in his life at the time. “He was drinking quite a lot of alcohol at the time,” he said and the June incident occurred on the anniversary of his father’s death.

“He had some perception the gardai were persecuting him in some way which is a fallacy.”

Mr Quilligan was fined €150 for the nuisance call, €150 on the disorderly conduct charge but the charge of being intoxicated in a public place was taken into consideration.