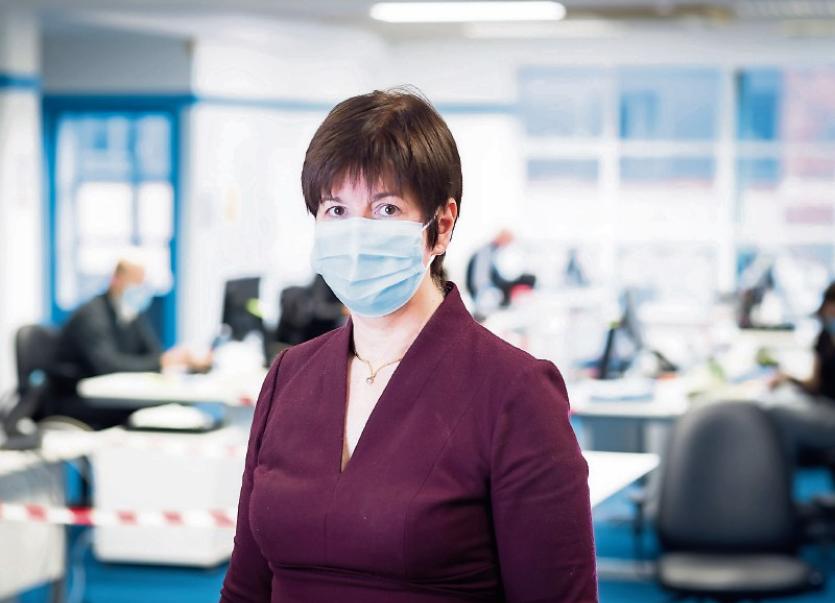 POSITIVE Covid-19 tests in Limerick and the wider Mid West region are to be referred for further assessment as fears over the new strains of the disease rise.

To date less than 30 new cases of Covid-19 variants originating from India (Delta), Brazil (Gamma) and South Africa (Beta) have been detected in the Mid-West region.

"The Department of Public Health Mid-West can confirm that it has recorded, less than ten cases of each of the confirmed variants - the Beta (B.1.351), Gamma (P.1), and Delta (B.1.617.2) variants of concern [VOC] in the Mid-West region over the last number of months," said a spokesperson.

Given the concern over variants and the recent surge in cases of Covid-19 in Limerick, Public Health Mid-West has ordered extra measures.

”Our team adopts a cautious approach and when there is a concern about a suspected variant of concern, we initiate some extra public health measures and immediately request samples of new positive cases to be tested for variants through a process called genome sequencing,” a spokesperson confirmed.

This involves positive cases being referred to see if there is any trace of either the Delta, Gamma or Beta variant of the disease present.

“Following a noticeable increase in cases in late May this year, our department requested all new cases in Limerick to be sequenced for possible variants,” the department confirmed, “This process takes a number of weeks to complete, therefore it is a number of weeks before we know for certain the final classification of these cases.”

Dr Nicola Stapleton, a GP in Limerick city, said: “The difficulty at the moment is the base rate of cases in Limerick is still extremely high, so if we had something like the Delta variant here, it would be very problematic very quickly.”

It has not been confirmed if there are cases of the Delta variant in Limerick.

Figures earlier this week suggested there were 126 cases of the Delta variant in the State, with 111 in the North. On Tuesday, ministers ordered that travellers arriving into Ireland from Britain – where the strain is more widespread – will have to self-quarantine for 10 days or five days if they are fully vaccinated.

First identified in India, the new variant is a cause of increasing concern, as it’s at least 60% more transmissible than the original variant.

Despite this the director of Public Health Mid-West, Dr Mai Mannix has urged the business community to “protect its staff and customers”.

It comes after her department reported evidence of people who are confirmed close contacts attending work when they should be restricting their movements for at least 10 days, pending a negative PCR test result.

“It is very discouraging and frustrating for businesses who have re-opened to be faced with possible closure again due to Covid outbreaks, and it is important that all employees and managers understand their responsibilities in the workplace,” said Public Health Mid-West.

The body also warned of contaminated personal protective equipment in some retail settings, and urged staff to remain vigilant.

“If measures are lax amid a high incidence rate in the community, businesses are at increased risk of small to large outbreaks,” Dr Mannix added.

In other developments this week, pharmacies across the city and county are taking delivery of vaccination doses.

As 24,000 vaccine doses arrive in Limerick this week, chemists are offering the single-shot Johnson and Johnson jab to the over-50s. Daire Scanlan, who runs three outlets in Limerick said he will be taking weekly cold-chain delivery.

“The vaccines are mapped to be delivered this week in Limerick. I am lucky as I have many pharmacist vaccinators in my employment which means they will be able to administer the vaccines,” he said.

Meanwhile, all people who have yet to receive a vaccine are being encouraged to have a test with a pop-up facility at St Joseph’s in Mulgrave Street set to remain open until next Monday, June 21.

Operating daily from 11am until 7pm, no appointment will be necessary, with the free service opening as part of the recent spike in new Covid-19 cases.

The HSE has extended its new online booking system for Covid-19 tests to Limerick.

People living across the county can log onto the online system and book in a free test at Eastpoint Business Park in the Ballysimon Road up to 24 hours in advance.

Elsewhere, the fallout over the closure of the vaccination centre at Limerick Racecourse for five days this month and next month continues.

In a move described by Sinn Fein TD Maurice Quinlivan as “farcical in the extreme”, the Limerick vaccination centre did not operate at the Patrickswell Racecourse on Saturday in order to allow a horse racing meeting.

The HSE has insisted this was built into its contract with the racecourse and added the capacity of vaccinations was not being diminished or reduced at all because of this.