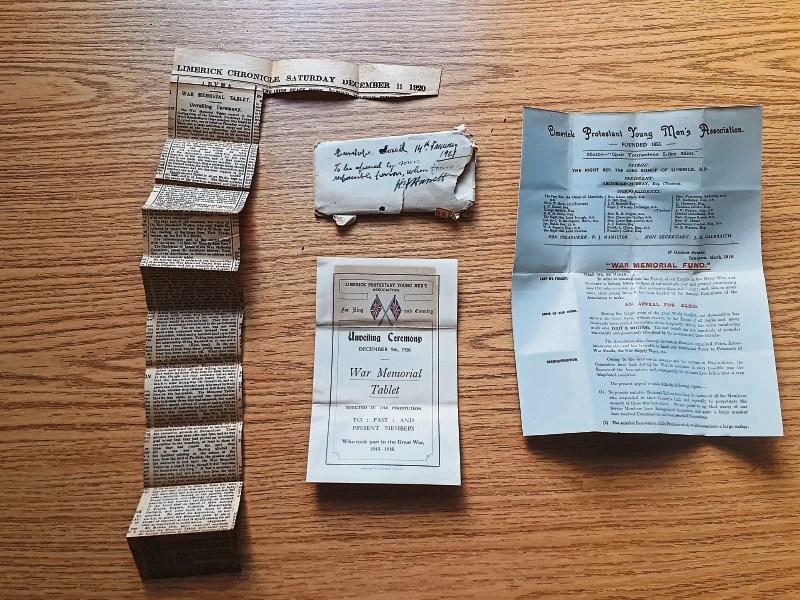 A 1920 cutting from Ireland’s oldest newspaper, the Limerick Chronicle, an order of service for the unveiling of a First World War memorial plaque, and an appeal for funds, are the three items which have been uncovered following the discovery of an ancient envelope.

As reported by the Limerick Leader last year, a letter dating back to January 14, 1921, was discovered by Craig Copley Brown and Kieran Sparling, the trustees of the Limerick Protestant Young Men’s Association (LPYMA).

The find was made behind the Great War memorial on the top floor of their premises in O’Connell Street, with the envelope stating that it should be opened “by a responsible person”.

This week, the 100-year-old envelope was opened with care by Craig and Kieran, and they were fascinated by its contents.

“What’s fascinating about the appeal letter is there ar one or two points on the front of it, where they explain how many people were impacted by World War One. It says during the tragic years of the great conflict, the association threw its doors open to troops of all ranks, and many thousands have availed of the hospitality offered with visits numbering over half a million,” Kieran said. 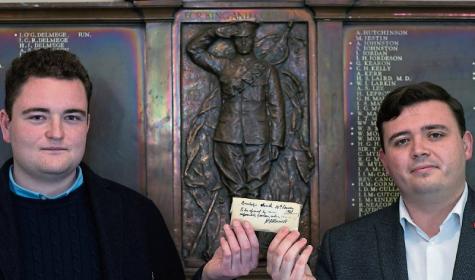 For Craig, what he found interesting was the order of service, which had the words “For King and Country” across the front, the missal referencing God Save the King and the Last Post.

They are not sure where the items will be displayed as of yet – but they might include everything in a new time capsule, along with the Limerick Leader’s coverage of the find!