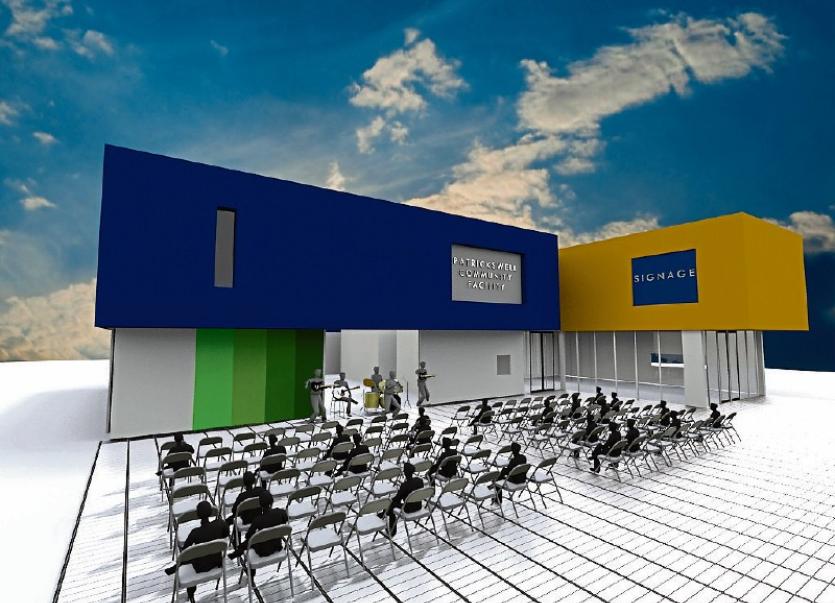 LIMERICK City and County Council has cleared the way for a new community centre in the village of Patrickswell.

Local planners have given conditional permission for the new purpose-built structure in Main Street, with the development set to consist of a multi-purpose community hall, meeting rooms and office areas.

On top of this, there will be a community cafe and coffee shop, with a new landscaped civic space at the front of the building.

The planning permission has been welcomed by local Fine Gael councillors Dan McSweeney and Daniel Butler.

Cllr McSweeney, who lives in the village says the need for this centre has been apparent for the last 20 years, with a new five-year strategy drafted in 2019 putting it front-and-centre of the community council’s goals.

“This centre is at arm’s reach for the community and closer than it has ever been in the past. I have worked extremely hard to do what’s best for our community,” he said, “In February 2019 I proposed to my fellow Councillors in Limerick City West to allocate €100,000 from our GMA fund. Following this allocation, I continued to work Limerick City and County Council and as a result a further €150,000 has been committed from our development levies fund over the next three years.”

I have been a strong advocate & supporter of this project over the last numbers of years. Well done to everyone involved in driving the project. pic.twitter.com/K4ZBPkMXCX

Cllr Butler added: “This is good news day for the community. I have from day one been an advocate and supporter of this project knowing the value this facility will bring to the community to build on the great work already happening in the village. We now must unite as a community and get behind it to see it through to delivery."

Despite the planning consent, there had been opposition from some quarters, with five committee members from the Patrickswell Community Council lodging an objection.

Independent councillor Fergus Kilcoyne, who also lives in Patrickswell village, urged the council to withdraw the plans and start from scratch.

Good news for Patrickswell today with Limerick City & County Council granting planning permission for the new Community Centre Development. This is welcome news for the village - well done to everyone involved. pic.twitter.com/SpIlTfwNrX

“I am personally shocked that a layout of a tiny multi-purpose hall of 1,300 square feet was lodged as the original plans granted in 2017 were over 8,000 square foot. I agree with the objectors that this hall is not fit for purpose and does not even come with changing rooms or shower facilities despite it being called a multi-purpose community hall,” he wrote in a letter to his constituents.