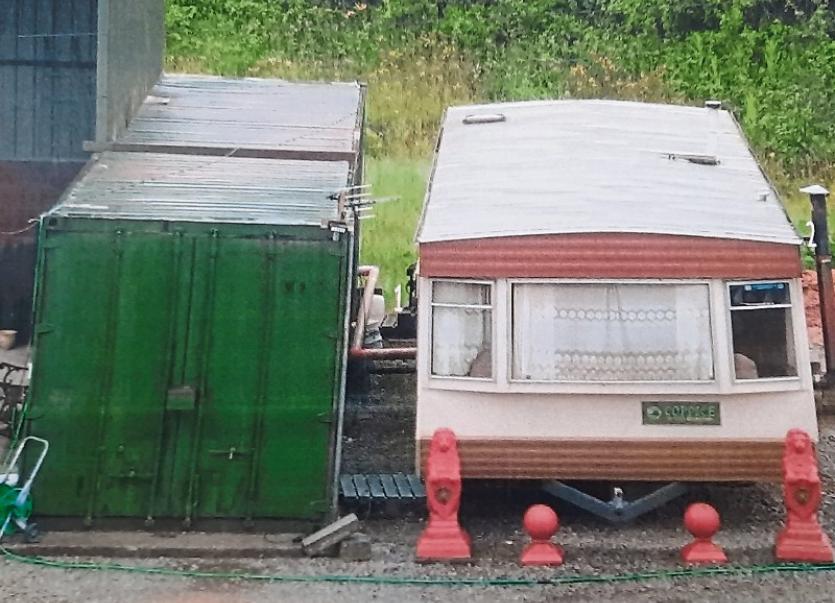 A MAN who has been living illegally in a mobile home on council-owned lands for nearly four years has been sentenced to three months’ imprisonment.

Billy Hourigan, who has an addresses at Gurt, Askeaton was prosecuted before Newcastle West Court for failing to comply with the terms of an enforcement notice which was served on him in November 2017.

Mr Hourigan, who is aged in his early 60s, was convicted of the offence in January 2019 but is still living in the mobile home on lands which were used as a depot  during the construction of the Askeaton bypass in the 1980s.

Previously, the court was told Mr Hourigan had lived in one of three houses across the road for nearly 30 years but was evicted in 2017 on foot of a court order.

“I was locked out, I went back into the site and I have been there since,” he said during the proceedings in January 2019.

The matter was re-entered last year but has been adjourned on several occasions since because of Covid-19.

Last week, a planning inspector told Judge Mary Larkin the defendant still has no permission to live on the lands and that he has “tapped into” the septic tank belonging to the three houses across the road.

Solicitor Michael O’Donnell said his client has recently applied for council housing and he sought more time to allow for the application to be processed.

“They want him out lock, stock and barrell,” he said adding: “He is waiting for the council to get back to him.”

Seeking to have the matter finalised, solicitor Will Leahy said the original enforcement notice was served on Mr Hourigan in November 2017 and, he said, he is entitled to Housing Assistance Payments (HAP) of around €600 per month but has not applied.

“You have been doing nothing. You have done nothing in two years, you are sitting here refusing to move,” he said.

In his evidence Mr Hourigan said he accepts he has to leave but said he has been unable to find somewhere to rent.

“All I want is a one-bed apartment,” he said.

Finding in favour of the local authority, Judge Mary Larkin said she was not convinced that Mr Hourigan has done enough.

“You have no sense of urgency,” she told him.

The judge placed a three-month stay on the prison sentence to give the defendant “a bit of time to get your house in order”.

Recognisance was set in the event of an appeal being lodged.