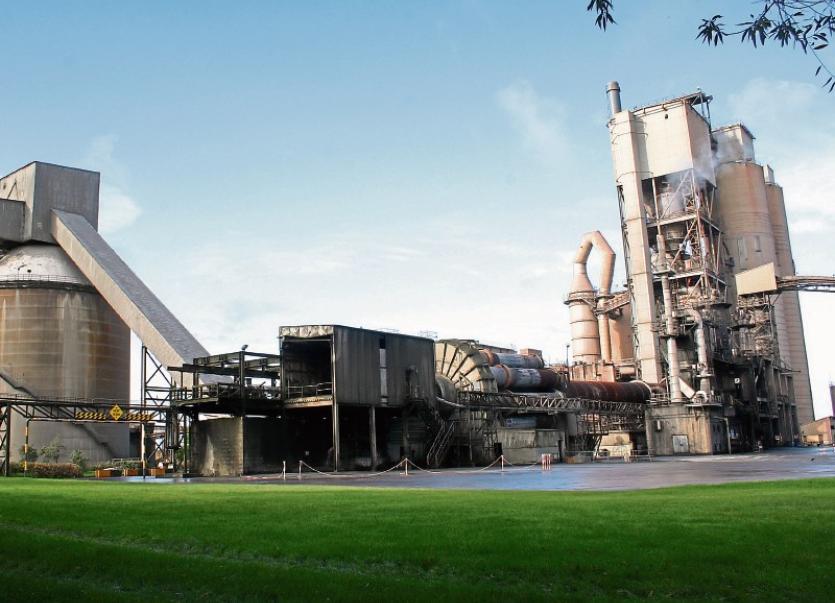 A PUBLIC meeting takes place this evening in the wake of the move by the environmental regulator to allow Irish Cement change process in Mungret.

As part of €10m proposals, the firm is seeking to phase out the use of petroleum coke in favour of burning used tyres and solid recovered waste.​

From seven o’clock this evening, the new group, Say no to Irish Cement Incineration, will meet for the first time. Among the speakers will be James Tuohy from Limerick Against Pollution, the group which has fought against these plans for five years – and continues to do so, as well as Cynthia Cox from the Red Revels, and Uros Macerl from Eko Krog, an activist group focused on defending the earth’s natural resources.

There is anger among many sections of the public over the decision to clear the way for Irish Cement, and it’s understood a High Court review may take place.

More than 3,000 people objected to the EPA, with concerns at the new fumes being released into the environment. Irish Cement has long maintained that its reforms will have no adverse impact, pointing out the incineration will take place at an extreme temperature.

Sinead Jackson, who is organising tonight’s meeting, said: “We are not being heard. We are getting sick of it – it’s going on a long time.”

She said the campaign will seek funds to hire legal representatives to move the case to the High Court.