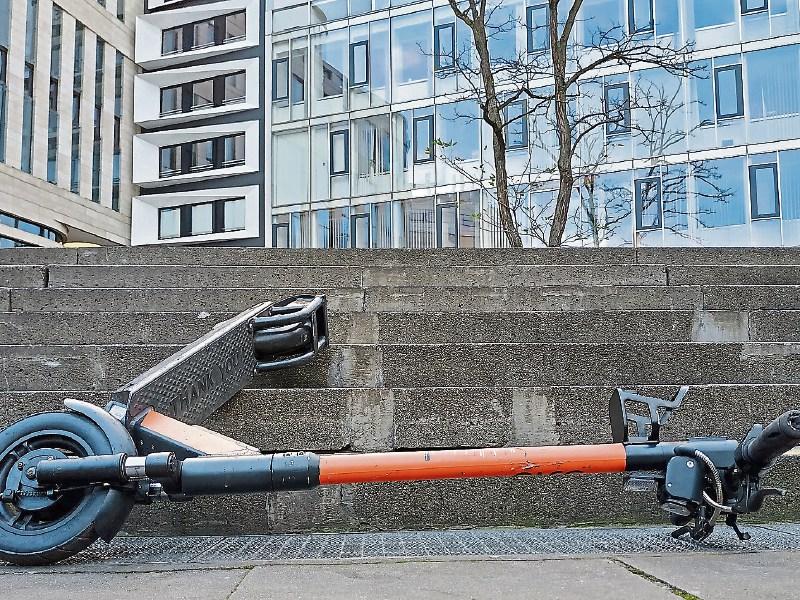 A YOUNG man has been disqualified from driving after he admitted using an electric scooter on a public road near his home in a County Limerick village.

Ger Campion, aged 27, of Bushes Court, Glin was prosecuted before Newcastle West Court in relation to an incident which occurred at Main Street, Glin on July 9, 2020.

Inspector Andrew Lacey said when gardai encountered the defendant he was using the scooter which is considered, under the Road Traffic Act, to be a mechanically propelled vehicle.

He said Mr Campion, who has a number of previous convictions, did not have insurance on the date and he added that he was disqualified from driving at the time having previously been convicted of a drink-driving offence.

Seeking leniency for his client, solicitor Michael O’Donnell said he “didn't realise it was illegal” to use e-scooters on the road and he described the prosecution before the court and potential penalties as a “bit harsh”.

Judge Mary Larkin noted the submissions but she commented that Mr Campion, who is not currently working, is “not the first person to hop onto one of these things”.

After formally recording a conviction, she imposed fines totalling €400 and a two-year disqualification. A number of minor road traffic charges were taken into consideration.

Recognisances were fixed in the event of an appeal being lodged.