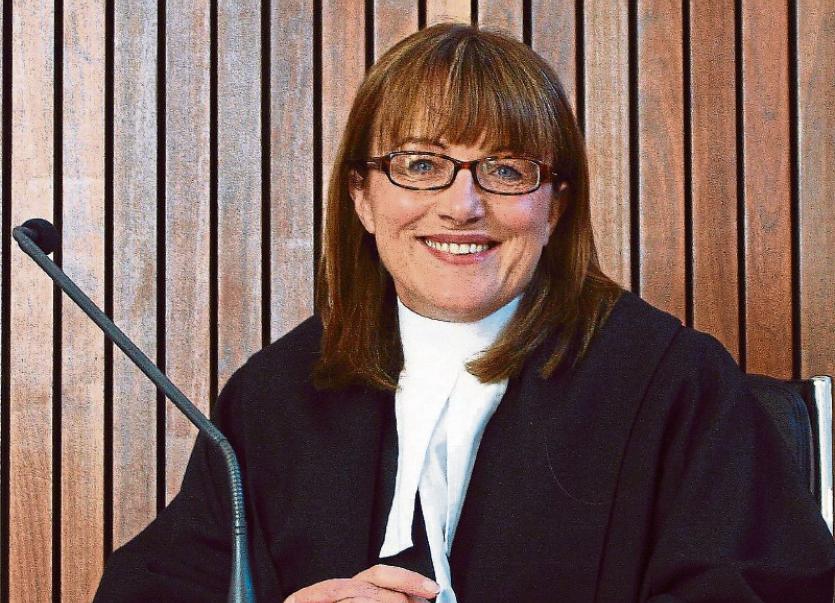 ‘LIMERICK’S  loss is Clare’s gain’ was the message as Judge Mary Larkin presided over her final court sitting in Newcastle West.

Judge Larkin, who has been working as a judge in West Limerick for more than a decade has been assigned as the permanent judge for County Clare following the recent retirement of Judge Patrick Durcan.

Paying tribute to her on her final day in Newcastle West, state solicitor Aidan Judge said she was “universally liked” by all of the solicitors who practiced before her over the past decade.

Barrister Erin O’Hagan and Norma Keane of the Probation Service also paid tribute to the departing judge as did Inspector Andrew Lacey.

“You have a very good appreciation of the job that we do here on a day-to-day basis,” he said adding that the team environment that exists at Newcastle West Court is a testament to Judge Larkin.

Acknowledging the comments, the judge said it was a difficult decision to make when she was offered the new role.

“It has been one of the greatest pleasures of my life to be here and to be a judge in this district,” she said adding that she will have fond memories of both Newcastle West Courthouse and the town.

“Of all the courts that I have ever sat in, this has to be my favourite and my favourite town and I will miss it terribly. It has been an absolute pleasure to be here and I have enjoyed every single one of the practitioners and I feel I got to know their style and their personality,” she said.

Details of Judge Larkin’s replacement in Limerick have yet to be announced.