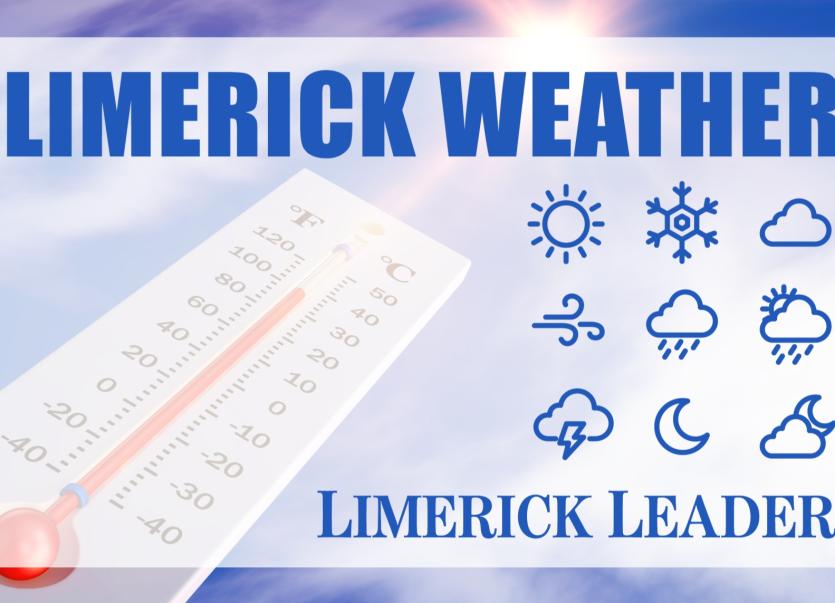 Thursday will be warm, humid and breezy with scattered outbreaks of rain and drizzle. It will be mostly cloudy, but sunshine will break through at times, especially later in the day. Highest afternoon temperatures of 16 to 21 degrees, warmest in north Munster, in a moderate to fresh south to southwest breeze.

NATIONAL OUTLOOK
THURSDAY NIGHT: Further outbreaks of rain and drizzle in the west and northwest but it will be drier with clear spells elsewhere. Warm and humid in most areas with lowest temperatures generally of 12 to 14 degrees, but turning a bit cooler in the northwest later in the night. Winds will be light to moderate from the south or southwest.

FRIDAY: Friday morning will start off rather cloudy with patchy rain and drizzle but it will become drier through the day with sunny spells developing. Feeling fresher than recent days too with moderate westerly winds. Afternoon temperatures will range between 15 degrees in the northwest to 22 degrees in the southeast.

FRIDAY NIGHT: Friday night will be mostly dry and clear, though some patches of mist or fog may develop. Cooler and less humid than recent nights with lowest temperatures of 7 to 10 degrees, with light variable or westerly breezes.

SATURDAY: Saturday is looking warm and dry with long spells of sunshine. Highest temperatures of 19 to 23 degrees, but a little cooler along the west coast where it may be a little cloudier at times. Winds will be light and southerly or variable in direction.

SATURDAY NIGHT: Saturday night will start dry and clear but it will become cloudier overnight with some patchy drizzle possible along west and northwest coasts. Lowest temperatures of 11 to 14 degrees.

SUNDAY: Sunday will be a cloudier and less warm day generally, with scattered outbreaks of rain moving eastwards. Maximum temperatures of 15 to 22 degrees, warmest in the southeast, with light to moderate westerly winds.

NEXT WEEK: Current indications are for cooler and more unsettled weather early next week.