Limerick students make final of ‘A Home for Everyone’ competition 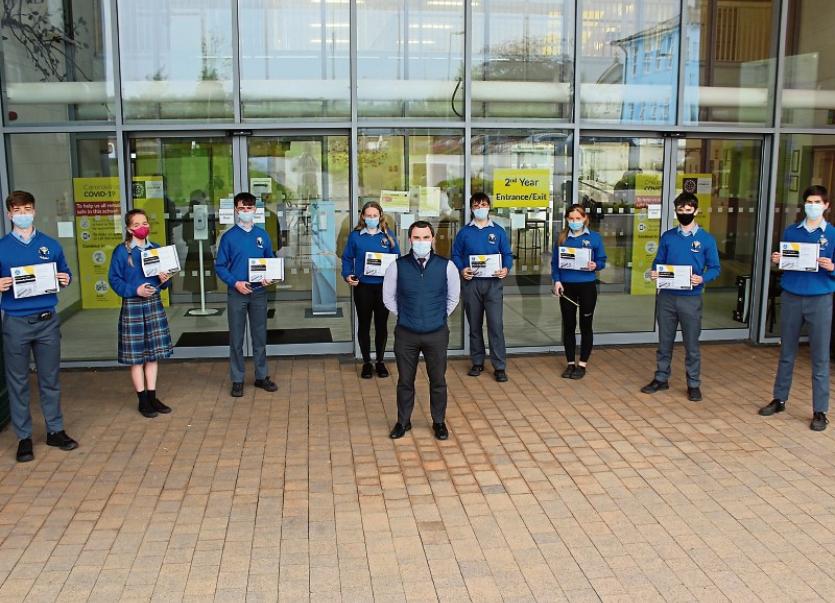 A GROUP of construction studies students from Coláiste Ide agus Iosef in Abbeyfeale saw their design win the admiration of judges in the recent “A Home for Everyone” competition.

The competition was organised by the Construction Industry Federation and the Abbeyfeale Transition Year students were one of just seven groups to make to the finals.

Under the rules of the competition, the students had to create a design for a three-bedroom house with kitchen and bathroom that would fit on a given plot of land and be energy-efficient. The design also had a to include a parking space and outside space.

The students were asked to describe their project team and each person’s role and responsibilities. They then had to create a series of drawings conveying the final proposal, including a site plan, elevations and floor plans and ensure their drawings were accurate and to scale. They also had to create a model of their design as well as produce a written report.

The competition, according to their teacher, Robert Culhane, tested the students' creative and problem solving skills. It also gave them a taste of what a career in construction could offer. Three projects in total were submitted from Abbeyfeale under the supervision of Mr Culhane and fellow teacher David Tiernan.

“The school was delighted when the judging panel, which included TV presenter and architect, Dermot Bannon, shortlisted one of the three Abbeyfeale entries as one of seven teams nationally to make the final,” Mr Culhane said.