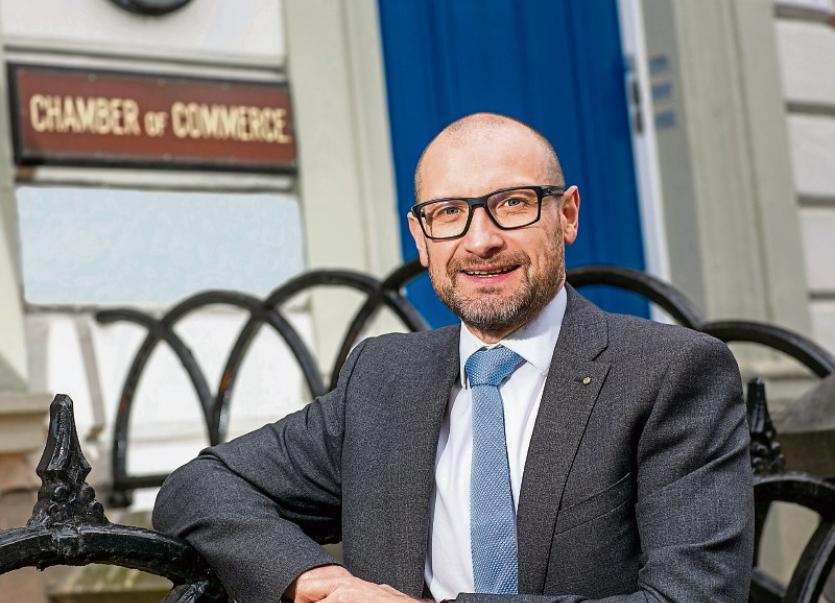 Hotelier Donnacha Hurley has seen a fall-off in business

A LIMERICK hotel manager has revealed that he has seen up to 15% of booking cancellations after the upsurge in Covid-19 cases.

Donnacha Hurley, the general manager of the Absolute Hotel, says he believes “10 to 15%” of those intending to stay have changed their plans in the last few days.

It’s a particular blow to the hotels sector, which only opened back to non-essential travellers earlier this week.

He issued a warning to the public yesterday, with more than 800 new confirmed cases of the disease in Limerick over the last fortnight.

Mr Hurley, who is also the Chamber president, says this, and the fact the national media has picked up on this rise, is hitting confidence in the city.

“Not everyone will articulate why [they cancelled]. But if I’m honest, we normally measure pick-up in bookings and I noticed a slow-down in this. It’s only now in the last 24 hours we’ve seen a more overt acceleration in that as the national headlines are coming about Limerick,” he said, “People will make decisions now as they go home today and it could significantly accelerate overnight.”

Impossible to argue with the pace of infection numbers suggest. It hurts my hotels chance to recover. Guests are cancelling. Its about sentiment & feeling safe. We do everything to letter of law. People will be safe here but doesn't matter if limerick in news for wrong reason. https://t.co/IWduY0vtQA

He’s urged people to follow the public health guidelines, and help bring Limerick’s case numbers back down again in order to protect the local economy.

“People make decisions based on sentiment and perception. The perception if maybe it’s dangerous to go somewhere, Covid-19 might be everywhere, that influences people’s decisions, maybe not even for the short term. Maybe later in the summer, people may still carry that sentiment. It’s hard to change someone’s opinion,” warned Mr Hurley.

He said two big events for Limerick have had to be postponed as a result of the new rise in Covid-19.

“Everyone needs to abide by the rules there to bring the numbers down. I know some couples in Galway reading that there is an outbreak in Limerick.. they don’t care if it’s at 400 per 100,000 or 150. All they know is Tony Holohan is saying there is a problem in Limerick, and they wonder do they really want to come here when they have to go back to work? How do you decide where you’re going to go? Reputation means a lot. If people perceive it’s not the wisest decision to travel to Limerick this weekend, well I am losing business, the city is losing business. More than that, how long will that sentiment stay with them for,” he asked.

This summer, Mr Hurley said: “We need everything to go our way. We need every break we can get.”