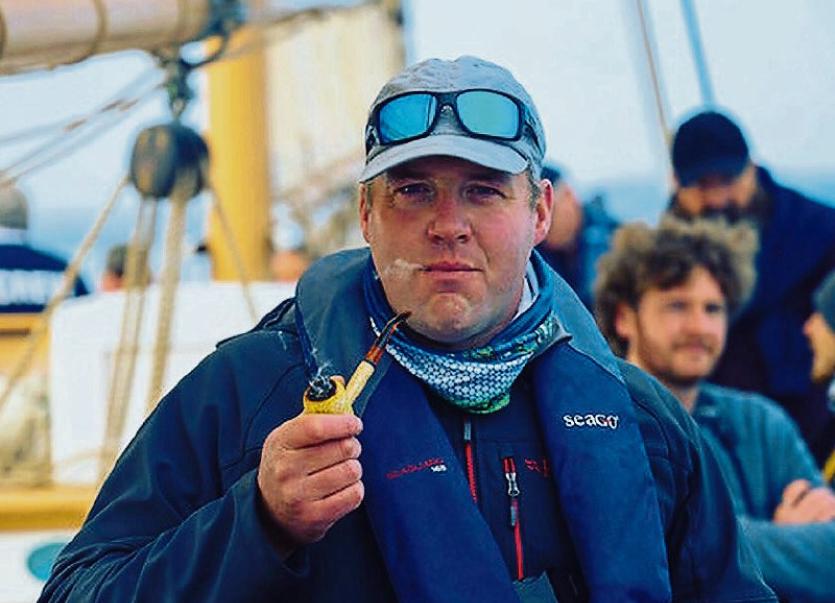 Cllr Emmett O'Brien: "I had a life jacket on – without it I would have been in trouble"

A LIMERICK county councillor who saved a teenager from drowning last year has revealed his own near fatal accident in the water.

Cllr Emmett O’Brien has told the Leader how he “got unceremoniously thrown out of the boat at speed” on the Shannon Estuary in January.

“I don’t know how I wasn’t knocked unconscious or cut in half by the boat,” he said.

Cllr O’Brien has decided to speak out now to warn others as Limerick people flock to beaches, rivers and the great outdoors over the June Bank Holiday weekend.

“It is crucial to always treat the water with great respect. If you’re unfamiliar with a beach or river ask locals about tides, conditions and enquire if there are life savers present. Accidents can happen in an instant,” said Cllr O’Brien, who is a keen sea swimmer and boat man.

Despite his experience in and on the water, his story shows how easily and quickly things can go wrong.

“I took my boat out on the river on a Sunday afternoon to run the engine and keep her clear. I was out for no more than five minutes but on my return journey to Ringmoylan I got unceremoniously thrown out of the boat at speed.

“A small steering malfunction and a parametric roll caused me to go one way and the boat the other. Luckily, my engine kill cord and life jacket worked. I swam back to the boat, restarted the engine and came ashore. I don’t know how I wasn’t knocked unconscious or cut in half by the boat,” said Cllr O’Brien.

He stresses the importance of exercising caution with water and the correct safety equipment. They saved his life.

“A kill cord is the key. It’s tied around your leg. If you fall or are thrown out, it’s pulled and stops the engine dead.

“If I hadn’t it on. the boat would have gone around in circles and finally killed me.

“I had a life jacket on – without it I would have been in trouble. I was wearing wellies and a wool jumper underneath my jacket. They were all weighing me down. There was also a one metre swell. I don’t know how I wasn’t knocked unconscious. I had to swim 50 metres to get back into the boat in three degree water in January,” said Cllr O’Brien.

The water might be warmer this Bank Holiday weekend but it is no less dangerous.

Last June, Cllr O’Brien saved a teenager from drowning by diving into the Shannon Estuary to rescue him.

The 16-year-old was swimming at Ringmoylan Pier when he got into trouble. Cllr O’Brien – who had just got out of the water - jumped back in and pulled him to safety.

His words back then were prophetic.

“Anybody would have done the same thing. Look, everyone was safe and well but it just shows the river isn’t to be trifled with,” said Cllr O’Brien.