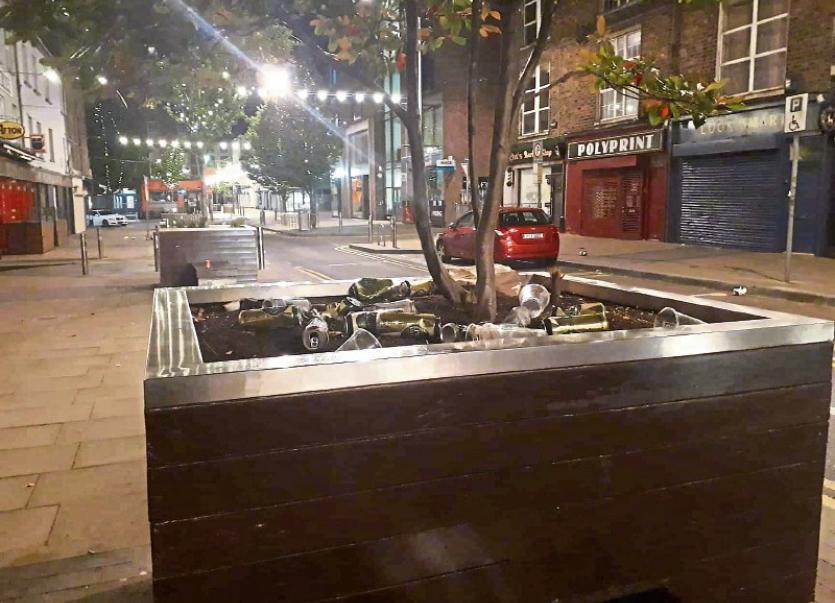 LIMERICK City and County Council has introduced a number of new wheelie-bins to the centre after a spike in littering.

The advent of take-away pints has led to a new surge in people dropping their waste away from litter recepticles.

And as well as upping its collection regime, the local authority has also relocated a number of solar compacting bins into the city which will allow staff to monitor how full they’re getting.

In response to a question at this month’s metropolitan meeting from Green councillor Sasa Novak, Carmel Lynch, the senior executive engineer said: “The information provided by solar compacting bins will allow council to monitor the litter-bin service and ensure an efficient service with bins concentrated in greatest areas of need.”

Ms Lynch said a litter-bin tagging system has also been examined, but there is no money available for this project at the present time.

The council official, who noted the rise in littering had been “dramatic” – added that the authority had also planned to install sensors in a number of the street litter bins to monitor capacity.

However, the Covid-19 pandemic had affected the supply of these sensors.

At this month’s metropolitan meeting, Labour councillor Conor Sheehan had also called for the installation of temporary bins around the Three Bridges walk.