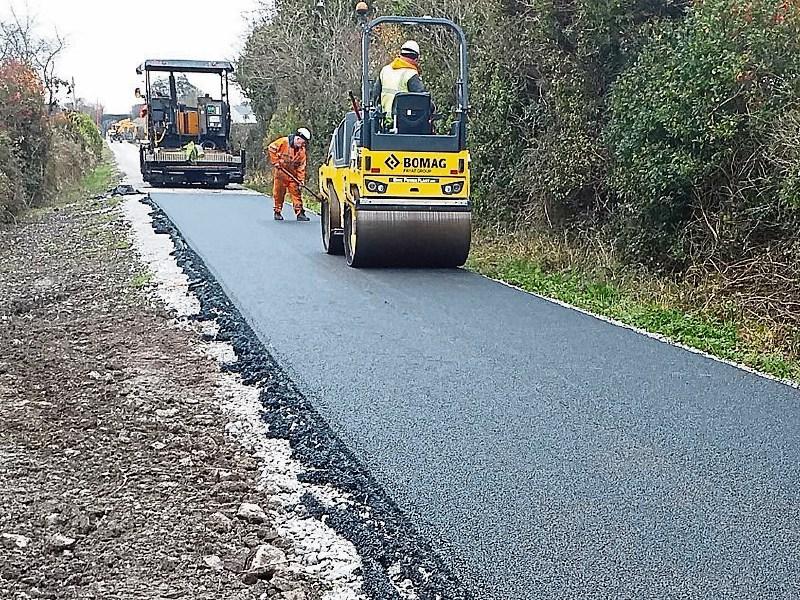 COUNCIL has said the €8m redevelopment of the Limerick Greenway remains on target for completion by July 1.

The massive re-development of the route, which follows the old Limerick-Tralee railway line from Rathkeale to Abbeyfeale and on to the Kerry border, is nearing completion.

However, the local authority has also expressed “serious concern” about “misinformation” on its measures to attract a new bike hire and shuttle bus service to meet the anticipated demand for visitors.

At this week’s full council meeting, a majority of members agreed to provide a working capital loan of €300,000 to the EI Travel Group for this service.

But a number of Independent councillors – including notably the former Fine Gael man Jerome Scanlan opposed the plan.

Now, the council has moved to clear up what it it says is “incorrect information” published on social media around this award.

A spokesperson for the authority said: “Currently the Limerick Greenway has a very limited bike hire service and no shuttle bus service. Without a comprehensive bike hire and shuttle bus service, the Limerick Greenway cannot attract tourists and day trippers without bike to experience the greenway and businesses along the route will not fully harness the economic benefits arising from the investment to date.”

It said in order to ensure the greenway reaches its potential, an operator of scale is needed.

“The council initiated an open and publicly advertised Expression of Interest (EOI) process for interested parties. As part of the terms and conditions of the EOI process, applicants were afforded the opportunity to request from the council a working capital loan to assist in the set up and provision of this service. Having regard to the impact of Covid-19 on tourism and hospitality businesses it was considered prudent to provide this option as part of the process to attract an operator of scale to establish on the Limerick Greenway,” a spokesperson added.

Dublin firm EI owns and operates a number of other tourism brands and products such as Irish Day Tours, City Sightseeing Dublin (open-top bus tours) and the Irish Whiskey Museum.

Speaking at Monday’s meeting, Cllr Scanlon said: “I’m against this. What is proposed would stymie competition. I believe that giving this loan to the provider, we would raise a barrier for entry to others at local level. Agreeing to give Lazy Bikes use of our three depots, we give an unfair competitive advantage to them on the trail. That’s to the detriment of local businesses. We should have confidence at local level.”

He urged council to allow “local market forces” provide bikes on trails, as is the case in other parts of the country.

Despite his opposition, a majority of councillors agreed giving the loan.

A council spokesperson said: “The conclusion of this process does not mean other operators, either incumbent or potential, cannot continue or enter to offer their service on the Limerick Greenway. All existing and new bike hire operators can be advertised on Council-owned websites LimerickGreenway.ie and Limerick.ie free of charge and are encouraged to do so.”

The council also said people with social media accounts have a “responsibility and a platform to promote Limerick and the local authority believes they should do so in a fair and responsible manner.”