Beautiful send-off for Tom, 100, who made the long journey home to Limerick 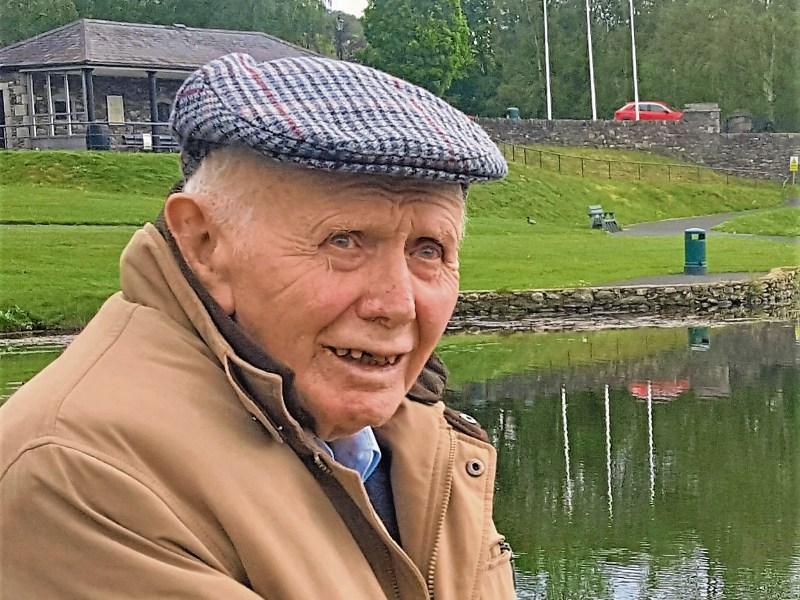 TOM O’ Mahony, formerly of Ballylanders passed away peacefully at his daughter Eileen and son-in-law Tom’s home in Wicklow on Monday, May 10, in his 101st year.

Tom is predeceased by his beloved wife Alice and deeply regretted by his son Billy, his daughters Maura and Eileen, daughter-in-law Mary, sons-in-law Steve and Tom, seven grandchildren and six great grandchildren, relatives, friends and neighbours.

Covid-19 robbed us of the chance to meet and exchange stories about dad or Tommy Mahony, as he was known to many. He, himself, was a man who loved to chat and always enjoyed catching up with friends and reminiscing. He hardly ever missed the Pattern Day in Ballylanders. A lifelong teetotaller, Tom wore his pioneer pin proudly.

Removal was on Wednesday morning, May 12, from Eileen and Tom’s home in Wicklow.

Family, friends and neighbours were important to Tom over his lifetime. He was old stock. There were no huge displays of emotion but you always knew he had your back. Loyalty was important to him and he had a deep sense of justice.

On Wednesday morning people lined the roads and stood on the lawn outside the house where Tom was reposing. Many came to the window to pay their respects.

As the cortege approached Mullaney Gardens, Cahir, many of his neighbours and friends stood to bid farewell. Many others stood on the route out of Cahir.

As the cortege progressed through Cappa many former neighbours lined the route and the hearse paused for a few minutes at the entrance to the land he once farmed.

The cortege continued and many people stood by the roadside along the way.

At Barna Cross we turned left to bring Tom to Anglesboro. Again people stood out along the way in respect. The cortege then paused for a few moments at Ballyyfaskin, outside the place of his birth, where family, neighbours and friends waited.

More people lined the route into Ballylanders. Tom was always strict on time and so he arrived home at exactly 3pm, pausing outside the present day post office which was his residence and garage business long ago.

The family is deeply grateful to all who stood out along the route to pay their respects to Tom. The weather was very inclement. The rain poured down but people stood out and honoured this great man. Thank you all so, so much.

Many thanks to Fr Breen, PP Ballylanders, for the very moving funeral Mass. Carmel Lane and Pádraig Wallace made the Mass very special with their beautiful singing and music. Thank you. Thanks to Pat Ryan for live streaming the Mass for friends and family to view.

Tom’s daughter Maura, who lives in Ealing, London, was invited to participate via video. Unfortunately because of the pandemic and restrictions she could not visit for over a year but kept in constant contact with her father by phone and video call.

Mourners walked in the funeral cortege to the local cemetery where Tom was laid to rest beside Alice, his dear late wife.

Roy Galvin, renowned musician, played The Old Man by the Fureys, on the tin whistle, at the graveside. It was a beautiful, poignant farewell to a great man.

Many thanks to Martin Doyle, undertaker, Wicklow, the sacristan and those who prepared the grave. Dr Sinéad Sheehan and her team in Rathdrum Medical Practice gave dad such great care and I would like to thank them sincerely. They were always personable and professional, with no delay in addressing his needs. I would like to thank his carers Fiona, Mary and Sarah.

Even though he was only in Wicklow for a short while he endeared himself to everyone he met. Rev Dr John Paul Sheridan remarked his smile would light up the room.

The Public Health Nurses, the Palliative Care Team and the Frailty Response Team from St. Vincent’s Hospital, Dublin all helped make Dad’s last days more comfortable and we thank them for this.

The family would like to thank all of you for your expressions of sympathy, kind words, Mass cards, flowers and messages of condolence posted on rip.ie  and all who helped with the funeral arrangements.

‘Though he may be gone memories linger on’