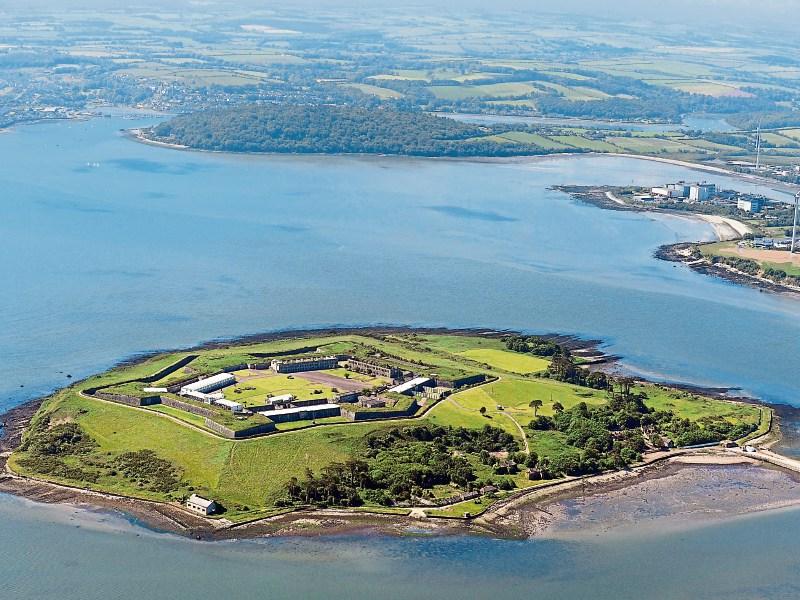 An aerial photograph of the Spike Island prison, now a museum, where 77 Limerick men were held during the War of Independence

A NEW exhibition is recognising the 77 Limerick men who were in the War of Independence prison at Spike Island.

More than 1,200 Irish rebels were held on the island jail for their part in Ireland’s fight for freedom in 1921.

Now, at its museum, the ‘Imprisoning a Nation’ exhibition will include new artefacts, new prisoner diaries, and new stories on information panels.

Also, part of the exhibition will be a recently discovered 1985 recording of a former prisoner, describing his time in the 1921 prison.

There were 77 men, from almost every town in County Limerick, imprisoned on Spike Island during 1921, and their experiences will be documented, with visitors able to research the freedom fighters by name, town and county.

Island historian Tom O’Neill said: “We have been researching and planning for this commemoration for close to a decade, painstakingly tracking down the available information, much of which is now located in London.  The period is an important part of the island and Ireland’s history, and we look forward to sharing it with the world.”

On February 19, 1921, as the Irish War of Independence raged, a British Military run prison was opened in the fort on Spike Island, for Republican prisoners and internees. The bloody struggle for Irish Independence was seeing huge numbers arrested for insurgency activity and the British needed extra space to hold them.

Spike Island was seen as the answer to a spiraling British prisoner problem. The island had been used as a prison by Cromwell in the 1600’s, and as a convict prison during the famine years from the 1840’s.

Republican prisoners and internees were sent to Spike Island from the civilian gaols in Cork, Kilkenny, Waterford and Limerick, and from the military barrack and camps in Bere Island, Buttevant, Cork, Fermoy, Kilkenny, Kilworth, Moore Park, Tralee and Waterford.

In total men from eight southern counties were held on the island and at its largest the prison held over 500 men at a time.

Most of the men held on the island during 1921 were from Munster and Wexford.

One man Patrick White from Meelick was shot and killed by a British sentry while playing hurling on the evening of May 31, 1921.​

For more information on the exhibition, call 021-2373455 or alternatively, visit spikeislandcork.ie