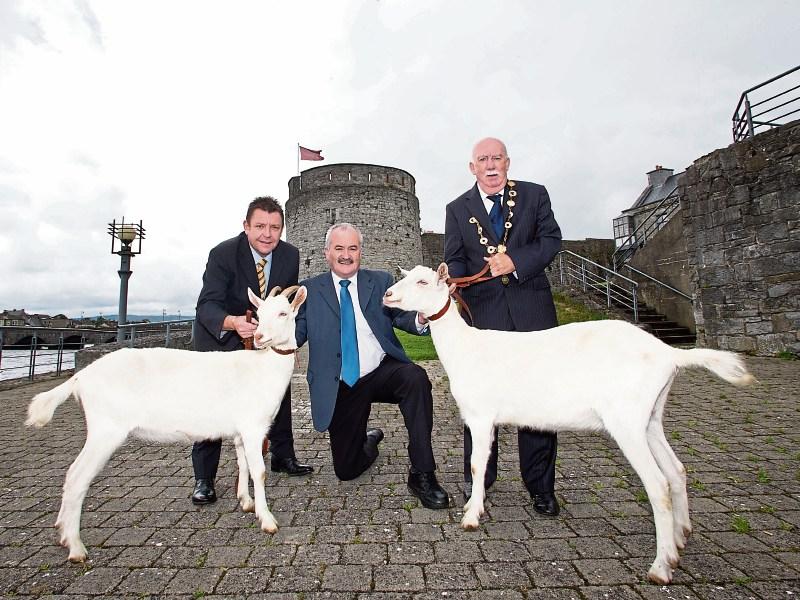 FORMER Mayor of Limerick Jim Long says he is “shocked and appalled” at the Bóthar revelations and “sincerely regrets” proposing a civic reception for the charity.

Cathaoirleach of Cappamore-Kilmallock municipal district John Egan said that the overwhelming feeling in County Limerick is “one of upset and betrayal”.

David Moloney, former CEO of the charity along with the late Peter Ireton, co-founder of Bóthar, were two of the guests at the lavish civic reception ceremony in City Hall in 2012.

It is the second highest honour the then Limerick City Council could bestow on an individual or group of individuals.

Nine years later and the charity is making headline news after it emerged significant quantities of cash donated to the charity was stolen.

This week the Irish Independent newspaper reported how Mr Moloney has, in an affidavit filed by him in the High Court, revealed an elaborate scheme which he claims he and Mr Ireton used to steal €1.1m in funding which was given in good faith to assist the charity in its work. Mr Ireton's body was found at his Limerick home on April 19. Gardaí are treating the death as a personal tragedy.

Mr Moloney has said Mr Ireton had included him in his will, leaving him a share in two plots of land in Uganda.

After what has been revealed in the High Court, former Mayor Jim Long said he “sincerely regrets” proposing the civic reception.

“I certainly feel now that the mayor’s office was used at the time because the (Bóthar) hierarchy knew what was going on. They used me and the mayoral office to my huge disappointment in getting a civic reception. It was given in good faith because of the good work they do but they undermined and undid everything that Bóthar stands for,” said Mr Long.

The long-serving councillor said Mr Moloney requested a meeting with him in 2012 when he was mayor of Limerick.

“I entertained him in the mayor’s office. We had a great discussion on all the good things Bóthar was doing,” said Mr Long. The civic reception took place in the following December with the council paying for it as is normal practice.

“It was a very good night. We all felt very good for what we did in honouring such a charity. The reason I pushed for the civic reception was because of all the good work they were doing and the good image they were giving on behalf of Limerick because it is a Limerick-based organisation. They were recognised worldwide. I really felt proud to honour them,” said Mr Long.

Now, he says, he is “shocked and appalled” at what he has been reading.

“At the time I felt it was the right thing to do but since the story broke I am extremely disappointed as a former mayor, on behalf of the people of Limerick, that such activity and practices were carried out

“They are a wonderful organisation and did wonderful work but it is another charity that has suffered at the hands of a very few at the top of the organisation. I don’t know if they will recover,” concluded Mr Long.

Included in Mr Moloney's claims in the High Court documents are that he and Mr Ireton shared around €505,000 in cash which was purported to have been given to projects run by nuns in Tanzania and Zambia.

Mr Moloney also implicated another Bóthar co-founder, former Limerick Leader journalist Billy Kelly, who also attended the civic reception. The Limerick Leader made efforts to contact Mr Kelly in the UK this week but without success.

Cllr John Egan, who has donated heifers to Bóthar, said it is difficult to “overstate the feelings of anger and upset that the Bóthar revelations had caused amongst the farming communities that had been the charity’s most devoted and generous supporters”.

But amid all that has emerged and will emerge from the High Court, untold acts of charity were carried out by Bóthar.

A supporter from the early days has been Sr Patricia Coughlan. The Ardpatrick nun was drawn to Bóthar because she comes from farming stock and the charity was doing something tangible.

“The incalf heifers were going to people in need. As the motto says, ‘Give a man a fish, and he will eat for a day. Teach him how to fish and you feed him for a lifetime'. It’s the same thing with cows - the people now have milk every day. And if the calf was a heifer it was to be passed on to the next family,” said Sr Coughlan.

The long-standing teacher in Scoil Pol in Kilfinane and her students helped send many in-calf heifers to Africa. Farmers in the locality donated the heifers and then Sr Coughlan and students fundraised to pay the travel costs.

“I know our heifers went to their destination. We didn’t give any money to any organisation. It went to the airlines. We got photographs back of our heifers with their new families,” said Sr Coughlan.

This is exactly the ethos that Bóthar was founded on. Sr Coughlan, the farmers who donated heifers through her and those who gave money in the Kifinane area for their transport have the comfort of knowing their generosity has made a real difference in the third world.

But many who donated pounds and then Euros in other parts of Limerick and across the country don’t have that same comfort about where their hard-earned money went.