Sparky the kitten 'feline' fine after rescue by Limerick firefighters 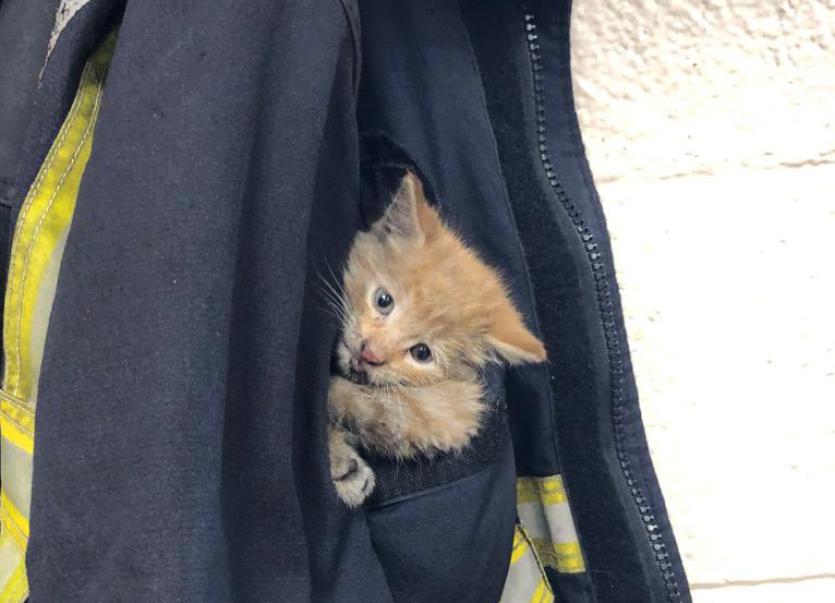 The rescued kitten has been called Sparky

LIMERICK firefighters rescued a kitten after they searched every nook and cranny during a blaze at a derelict house.

Limerick Fire and Rescue received a call-out to a property in Johnsgate Villas in the city at 5pm on Friday afternoon. Four appliances rushed to the scene.

Firefighters wearing breathing apparatus entered the building and quickly put out the fire. They conducted a thorough search and found a little kitten.

A purrrfect rescue as Red Watch avoided cat-astrophe & rescued this little kitten from a Domestic Fire in the city this evening.

Firefighters wearing BA entered the building, extinguished the fire & rescued the little fella with a whisker to spare.

The kitten who has used up a couple of its nine lives was called Sparky. Kind-hearted firefighters brought the new member of Limerick Fire and Rescue Service back to Mulgrave Street when they returned at 6.12pm.

Sparky is said to be recovering well from his narrow escape. It is nice to have a happy 'tail' to tell for a change.