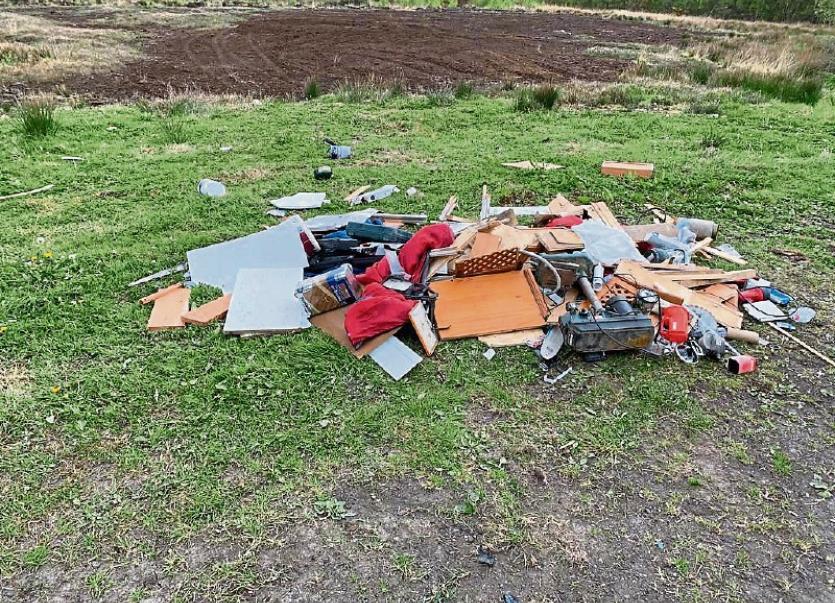 A LOCAL beauty spot has become a haven for dumping which has been described as “mindless” and “indiscriminate”.

The ‘Shower Bog’ which straddles the Limerick-Tipperary border contains more than six miles of walkway, and is home to many different species of wildlife.​

However, in scenes described as “disgusting”, both household and industrial waste have been left on grassland, posing a danger to animals.

Local Green councillor Sean Hartigan has held talks with councils in both Limerick and Tipperary, and is urging Transport Infrastructure Ireland (TII) to re-erect a barrier on the roadside.

A barrier is in place on the Limerick side to prevent dumping, but once you cross the border, there is none, Cllr Hartigan said.

“At the moment, most of the dumping is on the Tipperary side. If you continue further up that road, you'll arrive at Coffey's Corner. There is another entrance there, and the dumping is particularly bad there,” he explained.

While spokespersons for both councils have told the Leader they are ​committed to identifying anyone who is illegally dumping, Cllr Hartigan says the situation is complicated because several parts of the Shower Bog fall under private ownership.

“If a litter warden goes out there and litter is on the public path, fine, he can load it up and take it away. If it's on private land, it has to be mapped, and the landowner has to be identified, and the council has to work with the landowner to have it removed,” he said.

Cllr Hartigan said of the Shower Bog: “It's a fantastic amenity for the communities of both Castleconnell and Newport. It teems with wildlife. It's absolutely shocking to see litter dumped there. It really upsets the people. It's dangerous to wildlife, to dogs, pets, to walkers. There's mindless indiscriminate dumping up there, and there is no need for it.”

The nearby Daly’s Cross Service Station posted some pictured of the dumping on its Facebook page.

Urging people to report any dumping, they said: “The Bog is a local amenity area for the village and to watch it be destroyed constantly by degenerates is truly disgusting.”

A Limerick council spokesperson criticised the “inconsiderate and indiscriminate” actions of a few, while Tipperary Council said it’s cleared the site.