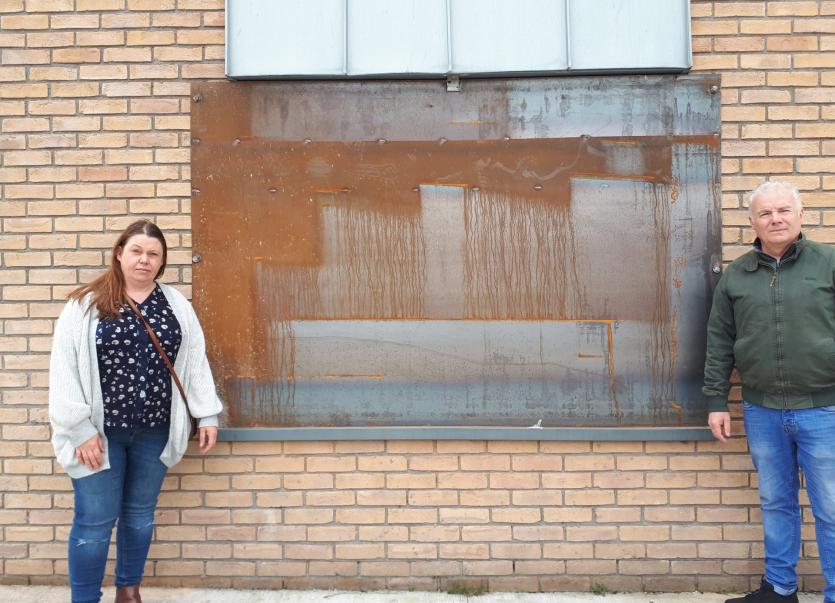 A NORTHSIDE council home has been boarded up – with a councillor claiming all it needs is a painting to bring it back back in use.

Sinn Fein member Sharon Benson spoke out after the recently-built home at Cliona Park in Moyross was secured, despite its former occupants moving out only a few weeks ago.

Limerick City and County Council has said the move was taken due to fears of further damage.

But there has been criticism of the move by both Cllr Benson and her party colleague Cllr John Costelloe who've vowed to find answers.

“I’m livid at the situation. Where is the cohesion in the council? We have a perfectly good house ready to be allocated boarded up. It’s sending out all the wrong signals in Moyross, an area which has had fantastic results. This is a step backwards. I cannot fathom how the council saw fit to board it up when there are families who would be ready to go into that house. It’s very frustrating.”

Cllr Benson said the council could have turned around the house very quickly.

“There is very little to be done to that property. Painting as far as I know. There’s no reason why that should not have been turned over to a family that’s in need. There’s a huge amount of overcrowding in Moyross and people are desperately waiting on houses,” she said.

It’s the first two bedroom council property to come up for rent in the estate a number of years, she added, claiming boarding it up actually costs €1,500.

Cllr Benson says there is a wider issue with the turning around of houses.

She said: “Three properties were vacant in Moyross recently. One was allocated last week. But it was vacant a couple of months before it went to tender in a job-lot of three. You can’t be waiting for other houses to come along to do work on one of them. The procurement process needs to be looked at.”

In a statement issued elsewhere, a spokesperson for Limerick City and County Council said the house, which is currently vacant, was boarded up, this week after they were informed of a threat of a break-in.

They also stated that minor works are required before the house can be re-let.

“A contractor is due to begin these works in the coming week. However, we were informed of the threat of a break-in to the house and on that basis it was boarded up,” they said.

“While the boarding up of the house is unfortunate and while the council wishes it did not need to take this course of action, it was necessary to prevent any further damage to the house which would result in it being vacant for even longer,” they added.