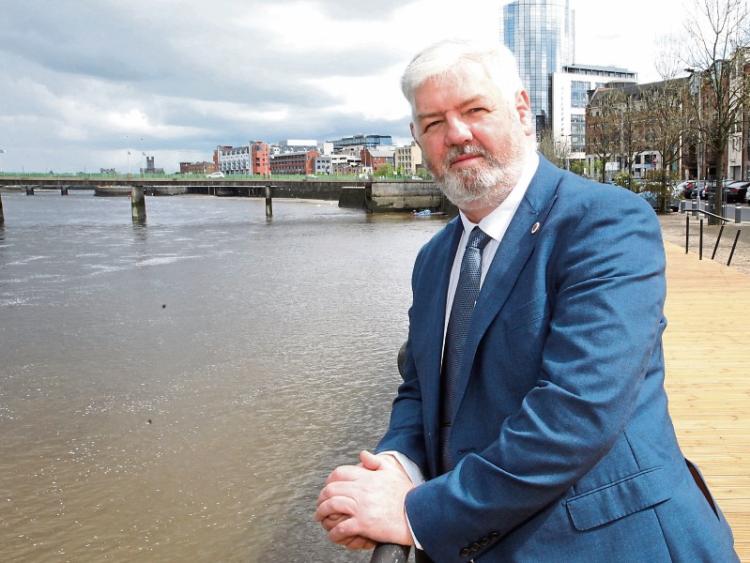 The president of the Limerick Treaty branch of BNI Tony McMahon, photographed outside the Clayton Hotel, where in normal times its weekly meetings would take place | PICTURE: Brendan Gleeson

Tell us a little bit about BNI’s Limerick Treaty chapter.

The Limerick Treaty chapter of Business Network  nternational (BNI) is 20 years old, and has given a foundation for local businesses to develop and grow before the downturn around 2008. In a lot of instances, it helped a lot of more established members of the chapter shelter from the austerity. Since BNI started logging data, the Treaty chapter has generated €12m of business. The strategists in the organisation have forecast that for every €1m generated in a chapter, it equates to €5m in a local community. This helps people buy houses, send kids to university, go to college, go on holiday, and buy vehicles. The amount of benefits is endless.

How does the BNI model work?

In BNI, we do business by referral. It means there is a genuine opportunity to do business when we refer you to someone. We don’t do deals.

How did it feel to be elected president of the chapter?

We generally change our president at the start of April, which is when I started. It’s easy to use a cliche like ‘I’m honoured’. And don't get me wrong, I really am. A lot of powerful personalities have taken this role before me. They’ve steered this chapter through good times, recession-times and Covid-19 times. These scenarios would challenge a multi-national, never mind a BNI chapter in Limerick. But we’ve been so fortunate to have strong people in leadership roles. I’d compare it to Munster Rugby – you never own the jersey, you just wear it for a while and then you hand it over. It’s the same as president of a BNI chapter. You always have big shoes to fill. But you get on with it as best you can. I was humbled to be selected by my peers who thought enough of me to be president.

How long have you been a member of BNI?

I am a relative ‘newbie’ of just seven years. But it’s been a great seven years. In 2017, I was asked to become a director-consultant for the region, another huge honour. This involved a lot of giving support to similar chapters in Ireland Mid-West. Then in 2019, I was made an area director for Ireland West and Mid-West, with responsibilities for ensuring all franchises in the chapter were looked after, that all members get the most from their membership. The organisation has thought a lot of me and I’m delighted to be a part of it.

Tell us about your own business Rescue Maintenance and how BNI has benefitted you?

I'm a registered electrical contractor with Safe Electric based in Limerick city. The benefits of membership are terrific referrals from fellow members with very good quality work. There is a lot of collaboration I would have with other electrical organisations in the BNI franchise on the east coast. Due to my skillset, they would use me for their contacts on this side of the country, as an alternative to putting a guy in a van from Dublin for four hours before he does any work at all. Needless to say, the camaraderie, friendship and mentoring is immeasurable.

I was born in Britain and came to Ireland at 10 years of age. My father decided to return here. I live in the city with my partner Margaret.

I completed my Leaving Certificate in the Tech in Ennis way back, got my results and my apprenticeship the same week.

I spent 23 years at De Beers in Shannon before they made me redundant. I formed a partnership with two colleagues, but that didn’t work out unfortunately. So then I went back on ‘the tools’. I skilled-up in a couple more areas and have been doing OK since then, thankfully!

What are your goals for your year in office as chapter president?

As president, obviously I’d like more members in the chapter. The more people we have, the more good we can do for the community and the more businesses we can help. Covid-19 has been tough for a lot of people, so we are in a unique position where we have a lot of good people who can share their skillsets and contacts to help new or re-emerging businesses get back and hit the ground running. Networking in business is not taught in schools, so another goal of mine is to encourage a few schools to get involved with us, to see what we do, and how we do it. Maybe we might even target the Transition Year students to get them involved in the Treaty chapter in some way.

Why did you decide to go into business alone?

Events forced me to do it. I had a very good job which I loved. But I’ve always been electrically minded. So I had not much choice but to get involved! But I love my work as it’s very varied everyday. It can be from working on a machine the size of a two-storey house to doing an attic conversion for a colleague of mine.

Love him or hate him, Michael O’Leary is a niche role model. When you read his book and find out where he came from to where he is today, it’s a great story. He would be marginally ahead of Richard Branson for me.