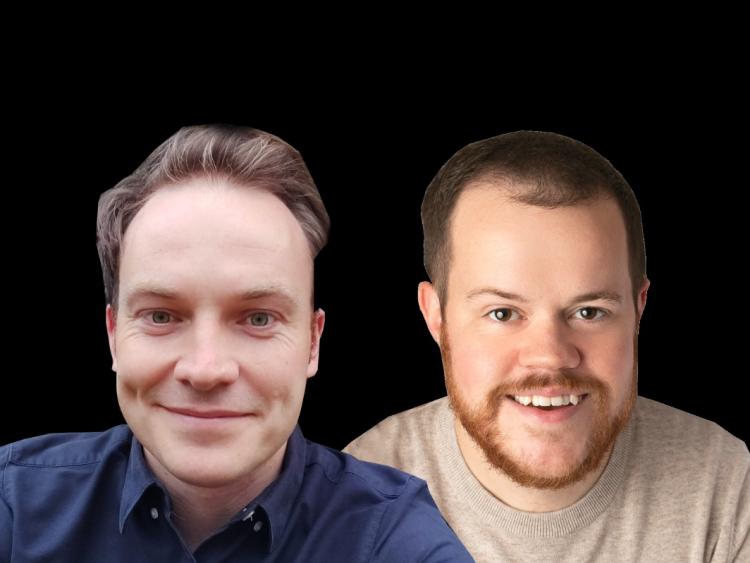 A NEW podcast which is part recorded and edited in County Limerick has been at the top of the Irish Music Commentary Podcast Charts in recent weeks.

The Big Album Show is available on most podcast platforms and aims to defend the place of the album in music; celebrating the big albums of the past and encouraging people to listen to records in full again.

It is recorded in both Limerick and Dublin simultaneously and was the creation of two old college friends Dan O’Neill and Paul Dillon who, unable to attend gigs due to lockdown, wanted to find a way to enjoy music with others.

“Even in the world of music streaming, albums still matter. They tell a story and paint a vivid picture of the times and culture of the times the albums were made in a way that most singles just can't do,” said Dan who lives in Limerick.

“Perhaps one of the few benefits of the recent crisis is that it has caused people to slow down and to take stock. To find comfort in the things that we have around us, and to re-engage with the simple things that bring us joy. If ever there was a time for sitting down and rediscovering why the album still matters, perhaps it is now,” he added.

Dan’s co-presenter Paul Dillon, commented:  “On the show, we immerse ourselves in the big albums that mean so much to so many people. We have discussed albums from bands like R.E.M., The Manic Street Preachers, Ash, The Fugees, and of course Limerick’s The Cranberries. We’ve been blown away by the response from the listeners, not just in Limerick, but right across the globe. We’ve had people contact us about the show from Australia and South America,” he said.

People can listen to the show wherever they get their podcasts or at TheBigAlbumShow.com.