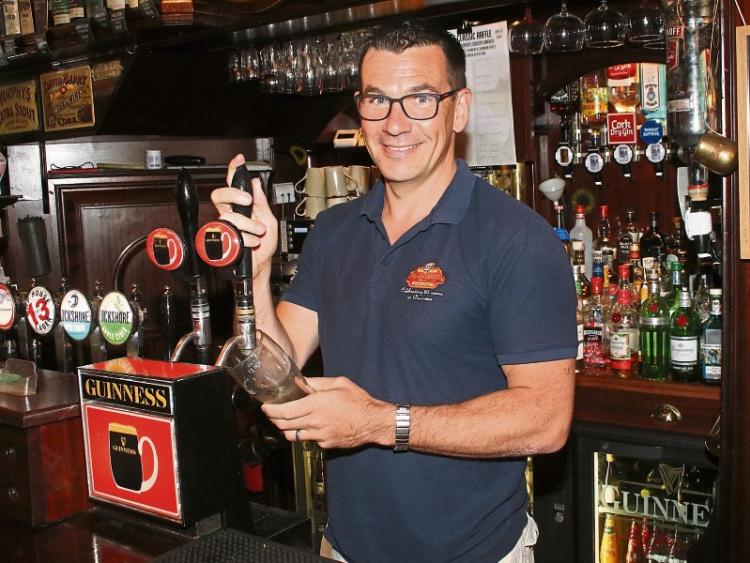 “IT’S the beginning of the end – definitely a step in the right direction”.

The reaction of local publican and Vintners Federation of Ireland representative Paul Flannery to the news that scores of businesses will re-open over the next two months.

Companies which have not yet opened in 2021 will finally begin to start trading again from May 10, with pubs due to open to outdoor business a month later on Monday, June 7 – dependent on the progress in reducing Covid-19 numbers. For more information, click here.

Mr Flannery, who runs his family pub in Shannon Street, said: “It’s definitely a step in the right direction, but we still have a long way to go.”

He warned that 70% of pubs will still not be able to open in June because they do not have outdoor seating – and for those that do open, “bums on seats” will be limited.

“Even what does open, it will be limited capacity. Obviously, we still need all the support in place in terms of bringing staff back and getting re-opened. It’s a huge cost involved in that. We need every subsidy we can. But hopefully, it’s the first step in terms of getting open, and staying open.”

In what is likely to be a popular move, hairdressers will open for the first time this year on Monday, May 10.

Patricia Morris, proprietor of Modern Man Barbers in Sarsfield Street is expecting the first few weeks to be “crazy” in terms of demand, with the company’s mobile phone all already busy.

“I’m almost afraid to look at it,” she admitted.

Ms Morris said that she will keep dedicated spots for older customers who may not be au fair with modern technology.

“We are going to offer a service that will go out to people’s houses. On top of this, I know my customers well enough that I can tell them to come in at 10am and 12pm or come back after hours –I’ll do extra hours for the first few weeks if I need to,” she told the Limerick Leader.

The Limerick Chamber has called for a council-led taskforce to facilitate a “successful and sustainable” reopening of retail and hospitality.

Its president, hotelier Donnacha Hurley has written to Mayor Michael Collins and council boss Dr Pat Daly to ask for this, saying: “successful coordination of efforts is required in the next few critical weeks to support business to reopen and drive footfall to our city.”

Mr Hurley, the Absolute Hotel’s general manager believes a grouping should be put together urgently to ensure clear communications between the sector stakeholders and council which is responsible for the distribution of funding and the granting of planning applications to facilitate outdoor trade.

“While the grants and supports already announced are welcome, feedback from within the retail and hospitality sector is that application processes are slow and timelines for assessment of properties for suitability for parklets or buildouts or temporary weatherproofing to facilitate outdoor dining are too long,” he said.

He said while local companies are delighted to have a date to work towards now, and stand ready to maximise commercial opportunity this summer.

“We have clearly been told by government to plan for an outdoor summer, so every effort needs to be made to ensure that Limerick is as clean, attractive and vibrant as possible.  Stakeholders are raising concerns around a need for toilet facilities, provision of extra bins and temporary widening of footpaths in the most popular spots around the river walks.  We need to know what specific animation will be funded – will there be buskers in designated spots, what family friendly attractions are being developed to support driving footfall to the city,” asked the Chamber president.

One of the first sectors to re-open will be the commercial construction sector on Tuesday, May 4.

Conor O’Connell, the southern region director for the Construction Industry Federation described it as a “significant relief” and said up to 15,000 people nationally will benefit.

Locally, he pointed to a number of commercial projects which have stalled in recent months – including the International Rugby Experience in O’Connell Street.