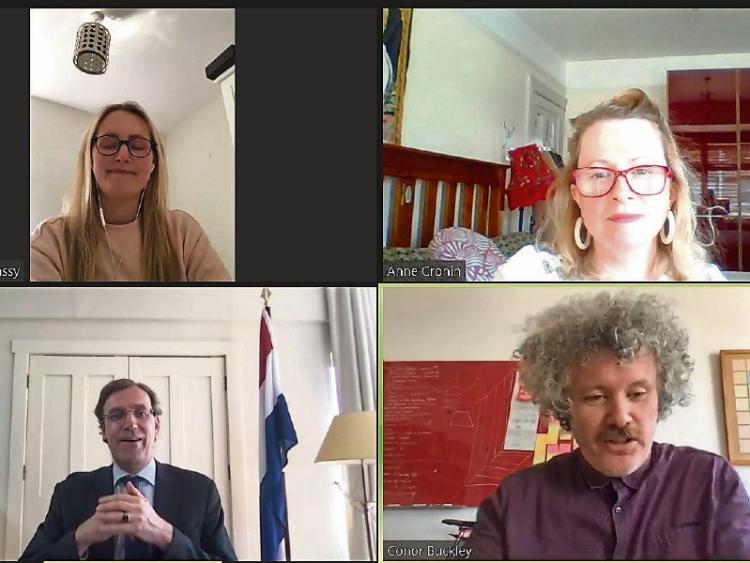 NEW links between Limerick and the Netherlands have been explored as the Dutch ambassador to Ireland held virtual meetings with local people.

There are more bicycles than people in the Netherlands, with getting around on two wheels among the most popular means of transport.

It’s something that Mr Palm wants to encourage in Limerick.

“When you look at the future of Limerick, I do see many possibilities. We have a focus on the circular economy, sustainability and transport, be it cycling or electrical vehicles, and also wind activities. That’s where we want to build on,” said the ambassador.

Mr Palm wants to change the often-held narrative around the cycle and car.

“We want to look at sharing the street. So it’s not just cyclists versus cars, versus public transport. We want everything to come together,” he explained.

He added he was particularly impressed by the revitalisation programme for O’Connell Street.

The ambassador’s first taste of Limerick since his appointment, he said he hopes to return later this year for a physical visit.

“It was very useful and very informative. This is not just a one-off visit. It’s the second time we’ve done a virtual tour of a city. I have to go back to Limerick this autumn, hopefully when the circumstances allow, to meet all the people,” Mr Palm pledged.

The meetings, he added, “gave me a clear picture of the energy in the city”.