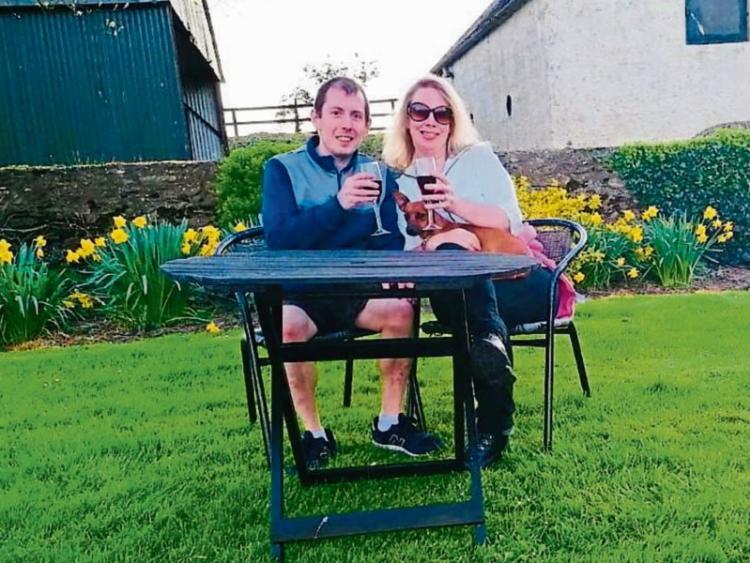 Engaged to be married: Liz Joscelyne and John Paul McCarthy at Rathcannon House in Athlacca which Liz manages

COVID has changed all our lives but only for it Liz Joscelyne and John Paul McCarthy wouldn’t have found the love of their lives.

The pair, both in their 40s, had lived a few miles apart in Athlacca and Kilmallock for the last 20 years but had never set eyes on each other until last October. Now they are engaged to be married.

It was local councillor PJ Carey who played Cupid without knowing it. Liz manages Rathcannon House, a Georgian property featured on Airbnb. Business was understandably quiet late last year so she looked for a new job. Cllr Carey encouraged her to go for a job in Irema in Kilmallock, where he works, and Liz got it last October.

John Paul also works in Irema but love didn’t blossom there. Not used to the rather sedentary working environment of a factory Liz decided to take up running to keep fit.

“I love to keep fit, I'm an outdoor person, the factory lifestyle didn’t suit me so I had to keep doing something, like running,” said Liz.

“I was told about John Paul because he's a very good runner and I was told to go with him as he was a nice guy and very patient,” said Liz. It was then that love began to blossom.

“After about a month I suppose we started seeing each other. Working in Irema helped too. I'd see him on breaks and passing through,” she said. So they met in October, started going out in November and John Paul popped the question in early April. He is fast off the mark on and off the track!

“We knew what we had so what was the point of waiting? He took me to Ardpatrick Hill. We often go walking there. It’s beautiful. He proposed at the top. He's a lovely guy, he's the nicest guy I’ve ever met anyway,” said Liz. Maybe fate did bring them together as their lives have followed very similar trajectories.

“We’re both from England. I’m from Essex and John Paul is from Doncaster – half our lives were in England. We both settled in south Limerick, only a few minutes drive from each other and we never knew about each other,” said Liz.

They were quick to get engaged but are in no rush to get married. Liz said they have to save up and will walk down the aisle in more normal times.

At least they have the venue sorted, Rathcannon House where Liz is back working. She has a busy summer ahead as they are nearly booked up until the end of September with lots of interest from staycationers.

But she returns to Rathcannon House with a husband-to-be because of a global pandemic.

“It was Covid that brought us together because I went into Irema. I would had never gone in there if it wasn't for Covid and I would have never gone running.”