Limerick farmers confident of putting land up for sale 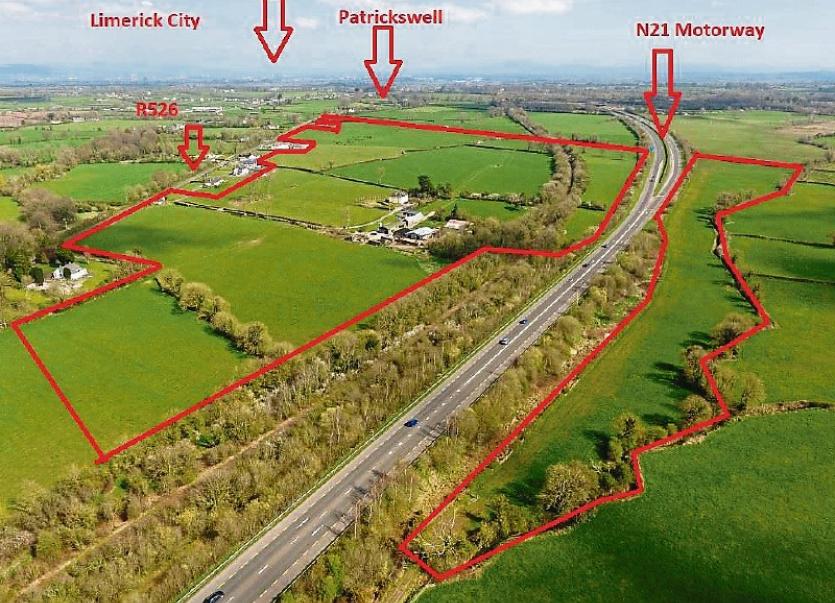 GVM’S Richard Ryan said there was a reluctance from farmers to put land up for sale in 2020 due to Covid.

However, this year that hesitancy has dissipated. Between Mr Ryan and his colleagues Tom Crosse and John O’Connell, GVM has €3m worth of land for sale in Patrickswell, Charleville, Manister and Emly.

“The owners were very nervous about putting it up for sale. We encouraged them to put it up because we felt there was good interest at the time for that particular farm and it made €60k over the guide price.

“People are more inclined to put it up this year. It has been proven that the market for land is strong. So now people are more confident of putting it up for sale,” said Mr Ryan.

“The mood is good. Milk is holding up well. Generally, the market is strong. There is activity and movement,” said Mr Crosse.

First of the four farms featured is Ballycarrane, Patrickswell. This 95 acre dairy farm is being guided at €1.1m.

“This is the finest dairy farm that has come on the market in Limerick in quite some time. It’s in a fine location close to Patrickswell and Adare. It’s really top class land with extensive road frontage.

“The Hayes brothers - Michael and Edward - are retiring from farming after many successful years in the dairy industry. The farm was severed by the bypass back in the 1990s. There are 85 acres on one side of the bypass and 10 on the other side. There is a fine eight unit milking parlour with a capacity for a further two,” said Mr Crosse.

As well as farmers, its location makes it attractive to investors, business people and hobby farmers. Only on the market a couple of weeks, Mr Crosse confirms it is already under offer.

Mr Crosse, joint agent with Matthew Ryan & Son, also has 52 acres at Chancellors Land, Emly. Final offers up to 3pm on Wednesday, May 19.

“It’s very good quality land. There is an attractive bungalow as well. We will sell it one or two lots. Guideline figure on the house is €200k; the land is €400k.

Very new to the market is 73 acres Fort East, Charleville, located on the Limerick side of the border. Again there is a property on the land. Despite only going up last week Mr Ryan said they have had enquiries already.

“We are guiding at €750k. It is very much early days. It is only two and half miles from Charleville. The land is good quality grassland - all in permanent pasture. There would be dairy and beef farmers in the locality.

“It can be sold in one or two lots. The house is in very good nick - a very spacious five bedroom farmhouse in great condition. There is an old milking parlour that wouldn't take a lot to get it going again. If someone wanted to start milking cows that is a possibility,” said Mr Ryan.

Last but not least is 49 acres in Clorane Cross, Manister. Mr Ryan is guiding at €450,000. However, there has been a number of expressions of interest and Mr Ryan is confident of surpassing that.

“It’s good quality grazing land that has been rented for a number of years.”